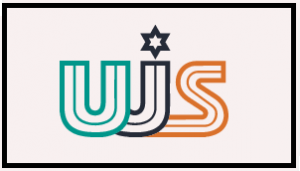 Rabbi Shmuely Boteach responds to his lecture at the Union of Jewish Students in London when his mention of Israel caused the abrupt end of the discussion. Last week the Union of Jewish Students (UJS) at Kings College in London silenced questions about Israel and cut off renowned author Rabbi Shmuel Boteach’s lecture. The moderators for the event offered the explanation that Israel, which Rabbi Boteach had spoken about during his lecture, was not to be discussed, as part of the UJS policy of having only topics relating to Judaism being allowed for discussion at the lecture.

Rabbi Boteach described the incident on his personal website:

I focused my remarks on Israeli democracy and the ways in which it could be a model for the autocratic Arab states of the region. Israel is the great hope for the spread of human rights throughout the Middle East.

As I spoke, I could see my hosts growing restless and the discomfiture on their faces surprised me. I was in for a bigger shock, however, when my hosts stopped me mid-lecture and said that they were opening the floor for questions. I am always happy to respond to questions, friendly or hostile, but I have rarely been interrupted so abruptly by the people who invited me to speak.

When I asked for an explanation, I was told by the president of the organization, a young man wearing a yarmulke, that the Jewish Society has a policy against speaking about Israel. The group, he said was non-political and focused on “Jewish subjects.”

Israel not a Jewish subject? I was dumbfounded. It was as if Israel had become the Voldemort of nations, the country that dare not be named.

When I recovered from the shock, I asked if I should speak about lox and bagels, klezmer music or Manischewitz wine. My sarcasm seemed to go right over my hosts’ heads. For them, Israel and Judaism were unrelated. I asked if the murder of Israeli citizens in countless terror attacks over the past month was likewise a “political issue,” or one of human rights. I was told by one of the students that these things needs not be put in boxes. Worse, I sensed that these students, who had enough pride in their heritage, and commitment to their faith, to wear their yarmulkes in public, had become so cowed by the omnipresent hostility and bullying on and off British campuses that they were afraid to engage in a dialogue about Israel.

Rabbi Boteach spoke to Arutz Sheva about the incident and what the underlying issues that have come to light because of it are.

“Once I started speaking about Israel they expressed their displeasure, and said that they would not accept any questions about Israel as it was a political subject and that they were strictly a Jewish group,” said Boteach.

UJS is the umbrella organization that runs Jewish groups in over 64 college and university campuses across England. According to the organization’s website, they will soon be holding elections for a new president.

“It is not my intention to create a conflict,” said Rabbi Boteach, “but the [current] president of the UJS contacted me via my facebook page and said that indeed the policy is not to discuss Israel. And this is a scary position for a student group to take.”

So why would the UJS refuse to have Israel be a subject discussed by Jewish societies universities in England? Is it because they want the UJS to be a ‘safe space’? Or perhaps it is because they want it to remain the place of Israel societies, or it offends people? Perhaps it is a toxic subject due to the type of character assassination that Israel endures on campus in specific and in Britain in general? Whatever the reason may be, Rabbi Boteach says that the policy is “frightening”.

“To purge Israel from Jewishness is quite frightening,” he warned.  “Do we want to return to a pre-Zionist time when Israel did not enjoy unqualified Jewish support? I shudder to think what the ramifications of that would be. Especially now,” he added.

Rabbi Boteach said that the timing of such a move could not be worse. “At a time when Jewish life is being cheapened to the point that US Secretaries of State can offer rationalizations as to why terror attacks are taking place against Jews, this is the time to stand up and support Israel.”

Rabbi Boteach related to the difficult position that the UJS finds themselves in. “I’m not saying that it is easy, and I am not here to pass judgement on the student union. I am saying that whatever they think the justification of the policy is, it is absolutely unjustified.”

“It is not for me to surmise the reason for the policy, whether they think it offends people, or that it is toxic or that it will cause students not to come. Whatever it may be, I am not imputing their motives. But let us recall that these were the polices of student groups just before the Second World War as well.”

Citing the historical precedent during the American Presidential terms of Roosevelt and Truman, Boteach compared the situation to that of Rabbi Stephen Wise and Peter Bergson. Wise believed that the Jewish community should stay silent and not rock the boat in the US. Peter Bergson (a.k.a Hillel Kook) came to the US saw what was happening and smashed every door down that he could until he succeeded in rescuing 200,000 Hungarian Jews.

Boteach used this historical example and others, to illustrate how “that there is no reason to stay silent on this issue. Silence never serves the purpose of saving human lives when people are dying.” He added that the delegitimization of Israel leads directly into the devaluing of Jewish life.

“Once Israel is made out to be a pariah state, then it has no right to defend itself. Then it is an aggressor it is a country that persecutes people. And that is when the world has no sympathy for Jewish life taken in acts of terror. Such a move would even allow the world to find justification for it. Stephen Wise’s name lives now in infamy because he was wrong,” said Boteach.

Boteach went one step further stating that the organization, which prides itself on its democratic stance, has an obligation to stand up for Israel. “The purpose of democracy is to speak out against miscarriages of justice. The way that Israel is being treated in Europe as well as much of the Western World is absolutely a miscarriage of Justice and it must be protested.”

“Forget about pro-Israel advocacy, Israel itself was being silenced as a topic for discussion. A Jewish discussion. What could be more Jewish than Israel? To have the very topic silenced, and by students. Jewish students? Students of all kinds, not just Jewish should be the vanguard of the pro-Israel talk on campus. And the vanguard of opening discussions, even difficult discussions, not closing them,” Boteach exclaimed.

In a press interview in the UK a representative defended the comment and the policy, he noted, and therefore seemingly this is not an isolated incident.

“We are blessed to have a Jewish state after 2,000 years, and we have to stand up for it. Will we always be effective? Perhaps not. But what does that have to do with our obligation? We have to do what is right.”