Members of the Ethiopian community in Israel, the employment agency and the fashion company Expose, were all outraged by truly “a public, shameless display of racism,” in wanted ad looking for a warehouse employee, stressing, “We don’t want Ethiopian women.”

A racist classified ad posted by an employment agency on behalf of a fashion company has raised ire after including a discriminatory requirement: “We don’t want Ethiopian women.”

The ad was removed, but Israelis of Ethiopian descent have demanded authorities take measures against the two companies.The fashion company Expose, which is based at the Caesarea industrial park, hired the L.M. Employment Agency to find it a female worker for its clothes warehouse. 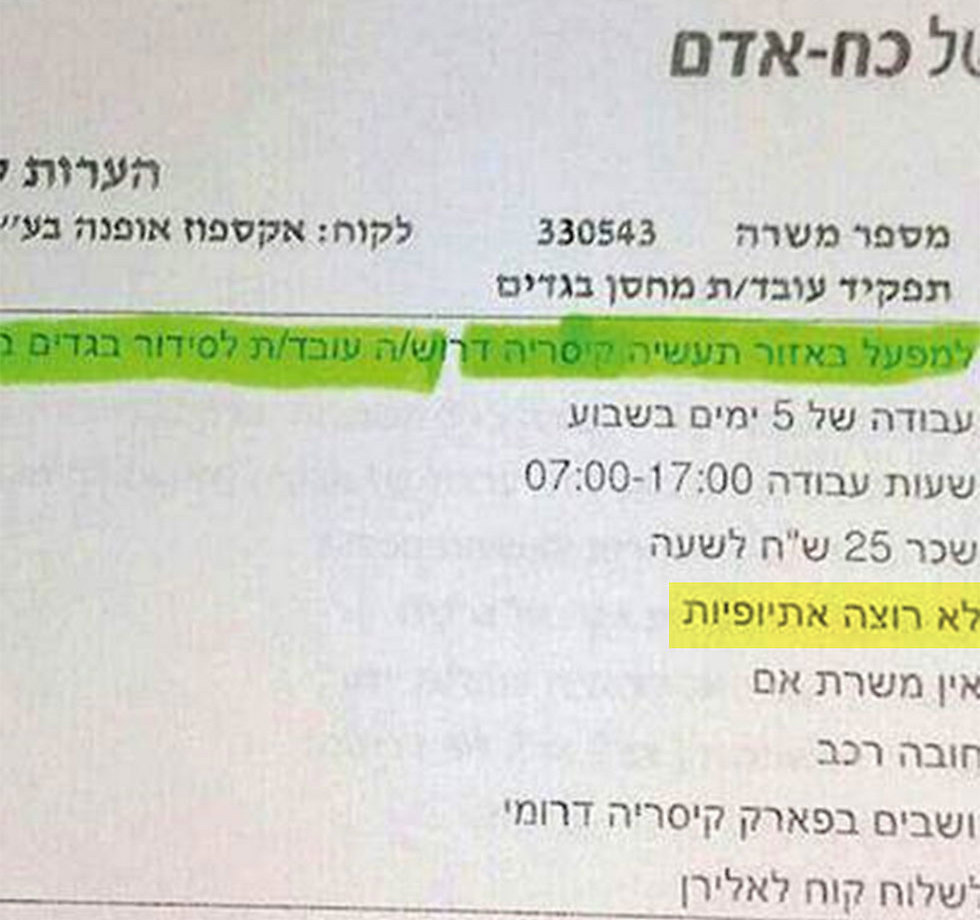 In addition to standard details, like the description of the position, the number of shifts and the working hours, the ad included two additional requirements: For the employee to have her own car and for her to not be of Ethiopian descent.

Another problematic line in the ad noted the position does not allow for flexible hours for mothers.

Members of the Ethiopian community in Israel were outraged by what they said was “a public, shameless display of racism.”

Only a week ago, Prime Minister Benjamin Netanyahu received a report on racism in Israeli society, which included recommendations on how to combat racist behavior.

The Ministry of Justice’s director general, Emi Palmor, who chaired the committee, said of the ad that “if these are indeed the facts, this is a blatant case of discrimination and racism, which excludes people from employment just because of the color of their skin. The cases presented in front of the committee for eradicating racism against Ethiopian immigrants taught me this is not the first such case and certainly not the only one.” 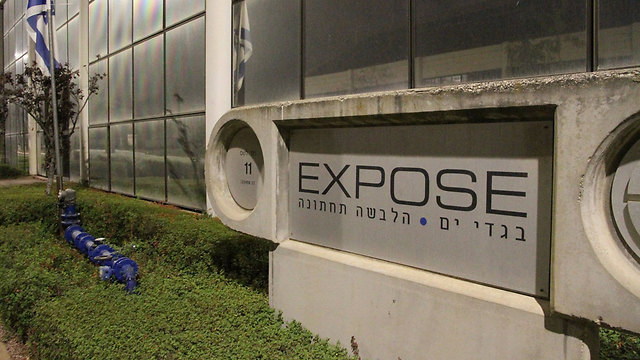 Following the outcry both on social media and from public representatives, each company was quick to lay the blame on the other and it remains unclear who wrote the ad.The L.M. Employment Agency said it immediately fired the employee who posted the ad, claiming she did so of her own volition.

“Our company employs workers from all sectors and communities. Unfortunately, a new employee acted of her own volition and posted an offensive ad. The post was removed by us within minutes and the employee was reprimanded, summoned for a hearing, and her work with us was terminated immediately. We apologize if anyone was offended,” the employment agency said in a statement.

The CEO of the fashion company Expose, Amir Haberfeld, also distanced himself from the content of the ad and threatened to sue those responsible for it. According to Haberfeld, the company he heads abhors racism, and does employ Ethiopian immigrants.

“More than a third of our warehouse employees are of the Ethiopian community,” Haberfeld said. “We’re looking into the matter to make sure no one on our part has asked for such a requirement. We’re a pluralistic company and believe every person has a place and deserves respect.”

In response to many people who complained to the company on its Facebook page, Expose posted a letter sent by its lawyers to the employment agency. But not all visitors were impressed by it. “It’s not likely this (requirement) came from the employment agency. Therefore this exposes your position, even if you didn’t want this to be made public in writing,” one person wrote.

Avi Yilaw, a social activist, said the authorities must intervene in the case. “When racist incidents repeatedly happen, actions that are taken merely for show are not enough to calm the outrage.” He added that “the clear voice of law enforcement must be heard. Every employer must know the letter of the law and the price he might pay for his racism.”