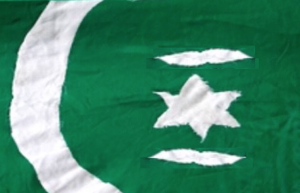 Benkald, who was born Faisal Benkald, was brought up by a Jewish mother and Muslim father in Karachi. He had been pushing to change his national identity card status for three years. He chose the Yiddish name Fischel.

Wilson Chowdry, chairman of the British Pakistani Christian Association, took up Benkald’s cause with the Pakistani High Commission in London.

In Pakistan, the national identity card is used for voting, purchasing public transportation tickets, applying to college, buying phones and more, according to Fox News. It contains one’s name, date of birth, photo, a thumbprint and religion.

Before rampant anti-Israel sentiment forced Jews to leave the Asian country in the years following 1948, Karachi was once home to over 1,000 Jews. Chowdry estimates that hundreds of Jews are now living secretly in Pakistan.

Approximately 95 percent of the population there is Muslim. According to Fox News, a 2010 Pew survey found that 76 percent of Pakistanis advocate the death penalty for leaving Islam.

Benkald argues that he never left Islam because he was born to a Jewish mother and therefore has always been Jewish.

“Of course we are concerned about the safety of Fischel,” Chowdry told Fox News. “Hopefully his brave decision to alter his faith will convince other Jews to come out of hiding.”