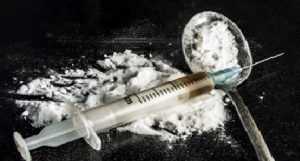 Dr. Imad Hamato, a professor at the University of Palestine in Gaza and host of a PA television program, told viewers that the US and Israel were intentionally corrupting Arab societies with sexually explicit materials and drawing young Arabs into drug addiction.

Hamato asserted that then-President George W. Bush plotted the distribution of pornography as part of the Iraq war to destroy Arab culture.

“Before the invasion of Iraq, Bush said ‘We will enter Iraq in order to correct God’s mistake of placing oil in the Arabian Peninsula. We will enter Iraq and bring in pornography and we will teach them the American civilization and culture.’”

Israel too, claims Hamato, is guilty of spreading licentiousness into the Arab world, using satellite TV to spread perversion.

“Israel’s global media has spread across the world, and its war against the Arabs and Muslims is being carried out with the voracity of sex which it distributes globally. Israel had to use this fire, as we mentioned in a previous lesson, in order to destroy all expressions of morals among the Arabs and Muslims. Therefore we see manifestations of promiscuity and immodesty in the broadcasts of many satellite channels,” said Hamato.

Hamato also referenced a supposed unit within the CIA responsible for bringing drugs into the Arab world as part of the larger campaign to destroy Islam. This effort, he states, is part of a collusion between Israel, India, and the US to undermine Muslim values.

“The CIA has a unit called the Unit for Creating the Global Mood. They look at a map: ‘What is appropriate for Gaza, or Jordan, or Syria? Tramadol pills? Mood enhancers? Hallucinatory substances?’ They are produced in India, shifted to Israel and distributed in Sinai. Afterwards they are spread in the region, in order to destroy what remains of our children’s values.”