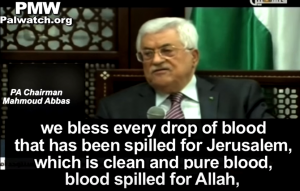 In an Israel TV10 report, the Zionist Union chief signed a secret agreement to divide Jerusalem, accepts ‘right of return’ for Palestinian Arabs into Israel, and the surrender of Judea and Samaria.

Opposition leader and Zionist Union chief Isaac Herzog agreed to far reaching concessions on the eve of the 2015 election, a report by Channel 10 on Sunday revealed.

Herzog, who prior to the election was seen as a viable candidate for Prime Minister, signed a secret letter of understanding with Palestinian Authority President Mahmoud Abbas, agreeing to a number of long-standing Arab demands.

Among the subjects covered in the letter are the division of Jerusalem, the future disposition of Judea and Samaria, and the so-called “right of return” for Arabs who left the country in 1948.

According to the agreement, Herzog conceded all of Judea and Samaria and accepted the partition of Jerusalem, surrendering portions of the capital to a new Palestinian state.

In addition, Herzog agreed to accept Palestinian “refugees” into Israel under the framework of a “right of return”.

Some technical details were included in the document, including a unique arrangement for Jerusalem, which would be the shared capital of both states and under split sovereignty, yet would be managed by a single municipality.

Even the Old City itself would be divided under the framework agreed upon in the Herzog-Abbas letter, with the Western Wall kept under Israeli control, while the Temple Mount would be placed under international control.

The agreement also dealt with anti-terror operations following the establishment of a Palestinian state. According to the document, a joint security ‘mechanism’ bringing together Israeli, Palestinian, and Jordanian forces would be charged with fighting terror.

Herzog responded to the revelation on Sunday, saying “In my contacts with the Palestinian Authority chief during 2014, I made efforts with the goal of reaching an understanding that would have prevented the wave of terror which I saw coming; [efforts] just like the work I am doing now to prevent this radical right-wing government’s abandonment of the regional conference plan from bringing upon us a new war.”