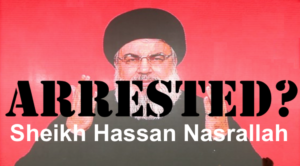 According to Saudi news outlet Al-Watan, Hezbollah’s leader Sheikh Hassan Nasrallah is reportedly still receiving medical treatment but under house arrest and guarded by Iranian forces until he divulges location of tens of millions of dollars missing from Hezbollah bank accounts.

According to Al-Watan, Nasrallah is under house arrest, guarded by Iranian forces, and is reportedly receiving medical treatment.

The Al-Watan report painted a dim picture of Nasrallah’s situation, saying that the Iranian forces guarding him were pressuring him to divulge what had happened to tens of millions of dollars that Iran had deposited into Hezbollah’s accounts. Nasrallah and his associates are suspected of taking the missing money for personal use.

There has not been any independent confirmation of the Al-Watan report. Sunni Saudi Arabia and Shiite Iran are arch enemies and are waging several proxy battles across the region.

Observers confirmed to Al-Watan that Hezbollah was in an “unusual” situation, with its leaders in worse shape than they have been since Iran founded the Lebanese Shiite proxy. The report said that Nasrallah’s recent media absence was directly related to the missing millions.

The Al-Watan report comes a week after Lebanese media outlets reported on Jan. 12 that the Hezbollah leader had suffered a heart attack and was hospitalized in “serious condition” in Beirut. Other reports said that he had suffered a stroke and was fighting cancer.

None of the Lebanese reports about Nasrallah’s health received official confirmation.