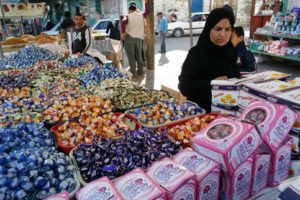 Gaza offshore seaport-airport is part of the ‘peace plan’.- Joint Plan by Israel’s Ministry of Transportation and Israel Ports

The talks come following what has become a routine tit-for-tat exchange of Gaza rocket fire and Israeli airstrikes over the weekend.

During a cabinet meeting Sunday, Prime Minister Benjamin Netanyahu reiterated Hamas’ accountability for any attacks emanating from the Palestinian enclave, despite the last serious escalation a few weeks ago that saw some 450 rockets launched towards Israel — distinctly attributed to the Palestinian Islamic Jihad (PIJ).

“We have acted against the Islamic Jihad. It’s, of course, our right to act against all terroristic elements, but we don’t exempt Hamas of responsibility for any attack coming out of the Gaza strip against us,” said the premier as his Likud party scrambles to try to retain its power amid a coalition crisis that has left Israel without an incoming government.

Top rival Benny Gantz said on Saturday that despite all of Israel’s internal struggles, the country remains united in the face of the outside security threats.