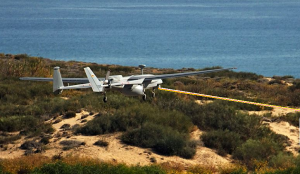 Being developed by Israel’s Elbit, Rafael & the US Gov’t to the tune of $40 million, al Jazeera reported on a new Israeli system, the “underground Iron dome” which utilizes new technology that brought over half a dozen Gaza tunnel collapses since January.

Arab news channel al Jazeera this week aired a story about the Israeli system it dubbed “underground Iron dome” which utilizes new technology to bring about the string of Gaza tunnel collapses of the past few months. But other than to apply the clever name to it, and to suggest it utilizes “advanced technology,” the report only said that the project is being developed by Elbit, Rafael and the US Government to the tune of $40 million, which is expected to grow to $120 million over the next two years.

Yardena Schwartz, writing last week for Foreign Policy, used the headline “Israel Is Building a Secret Tunnel-Destroying Weapon,” and reported that “As Hamas expands its tunnel network in Gaza, Israel, and the United States are collaborating on a clandestine project to thwart the Islamist group’s subterranean advantage.”

The story rolls down several screens of commonly known details about Hamas, its tunnels and the 2014 Gaza war, until she gets to the hot news: “While Israel struggles to prevent the construction material it is allowing into Gaza from ending up in Hamas tunnels, it is developing a secret military weapon designed to eradicate the problem.” That information is followed by speculation about where the US funds mentioned above are going.

She then cites IDF Chief of Staff Maj. Gen. Gadi Eizenkot, who told an audience in February: “We are doing a lot, but many of [the things we do] are hidden from the public,” and, “We have dozens, if not a hundred, engineering vehicles on the Gaza border.”

And the immortal line of IDF Maj. Gen. Yoav Mordechai, coordinator of the Israeli government activities in the territories, who was asked by an Arab reporter if Israel was behind the tunnel collapses, and told him, “God knows.”

As a religious news outlet, we, too, agree with the assertion that if it’s there, God certainly knows about it. But from both the FP and Jazeera reports it is clear that few mortals share this knowledge. With the noted exception of DebkaFiles, which some times predicts things with astonishing accuracy and other times is so off the mark, it might as well report on cooking. With that proviso in mind, here’s what the Debka folks had to say about the tunnel technology (redacted):

Israel has started testing a secret new weapon for defeating the tunnel systems which Hamas and Hezbollah are busy digging for surprise attacks against Israel. The new weapon can detect a tunnel, then send in a smart missile to blow it up. The new weapon is equipped with seismic sensors to detect underground vibrations and map their location before destroying them.

Debka reminds its readers that Israel has been developing a weapon capable of destroying Iran’s Fordo nuclear facility, which is buried deep inside a mountain. This weapon could conceivably be “slipped through the facility’s vents, thread its way through the underground chambers and take down the illicit enrichment facility.”

Debka notes that on Aug. 23 2013 the Israeli Air Force blew up the then pro-Iran Popular Palestinian Front-General Command underground facility at Al-Naama, about 10 miles south of Beirut. The command center had been constructed by East German engineers and was one of most heavily fortified military sites in the Middle East. Until the IAF took it out.

Does Israel have a secret weapon that can slither through tunnels, bringing them down as it passes through? Is it working on such a weapon, using $40 million a year in US money? We may never know. What we do know is that it’s really secret, uses advanced technology, and, hey, those Gaza tunnels aren’t coming down by themselves, now, are they?