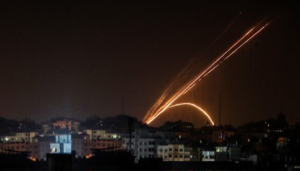 An anonymous Western intelligence source stated that the rocket parts may have been sabotaged by the Mossad when they were first smuggled into Gaza or when the rockets were being assembled. This allegedly included tampering with the rockets’ guidance systems, the motors, warheads or explosive material inside the missiles.

According to the report, this sabotage is what caused 680 of the 4,360 rockets Hamas and Islamic Jihad fired at Israel before and during Operation Guardian of the Walls to fall short and land in Gaza, killing dozens of Gazans.

The anonymous source said that the sabotage would have taken place long before the recent flare-up, possibly months or even years ago as Hamas has continued to build up its arsenal of rockets.

50 of the rockets fired from Gaza in the last 24 hours landed in Gaza.

This 2014 tweet by the IDF illustrates how this is not a new phenomena.

No evidence was provided to support the claims that the rockets were in any way sabotaged.