NSC counter-terrorism bureau warns ahead of the Passover holiday that Iranian Quds Force & their proxy the Hezbollah, are plotting attacks against Israelis/Jews.

A global Shi’ite terrorism network made up of Iranian Quds Force operatives and Hezbollah continues to target Israelis overseas, the National Security Council’s counterterrorism bureau warned on Wednesday, ahead of the Passover vacation season. 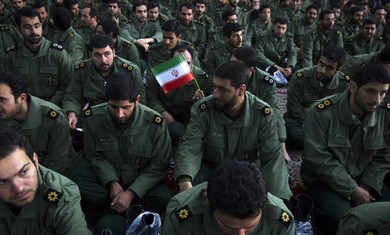 Twenty-seven countries have been designated by the bureau as being under a travel alert of varying severity.

The Sinai Peninsula is designated as a place with a very high, concrete threat level, and the bureau is urging Israelis to stay away from the area due to a plethora of intelligence leads pointing to kidnapping plots and terrorist threats.

Turkey, Kenya, Nigeria and Azerbaijan have been classified under the “ongoing potential threat” category, which is the third most severe warning type.

Dozens of terrorist attacks around the world have been thwarted this year, a bureau source said on Wednesday, adding that Iran and Hezbollah have clearly divided up attacks between them. In this way, Iranian agents target Israeli embassies and official state symbols – as they did in New Delhi in 2012 – while Hezbollah attempts to murder less protected Israeli civilian tourists – as occurred in Burgas, Bulgaria, last year, when a Hezbollah terrorist cell bombed a tour bus, killing five Israelis and a Bulgarian bus driver.

The source stressed that the travel alerts are based on information made available from Israel’s intelligence services, adding that some terrorist attacks have been abandoned by the plotters after alerts have been issued exposing the threat.

“Shi’ite terrorism is a threat to Israeli citizens and Diaspora Jews. The threat is being sponsored by Iran and Hezbollah. Over the past two years, there has been an increased effort to carry out attacks,” the source said. “We are identifying a systematic campaign operating with the greatest vigor… They are fully coordinated. It is one axis.”

Additionally, Israel has been in touch with foreign government and local police officials in countries such as Cyprus (where a Hezbollah operative is on trial for gathering intelligence ahead of an attack on tourists), Greece, Turkey, Thailand and India.

The source said any country hosting a large amounts of Israeli tourists has been contacted by Israel in order to request a stepped-up security presence. One such meeting was held last month in India, where some 45,000 Israeli tourists head every year.

Overall, the threat level has remained static in recent years, the source added.

He stressed that the bureau was not telling Israelis to stay at home, but rather to be aware of safety tips as they enjoy their vacations abroad.

In February, Nigeria’s domestic intelligence service announced the arrest of an Iran-backed terrorist cell plotting to launch attacks on Israeli and American targets in the African state.

The State Security Service named Abdullahi Mustapha Berende and two other Nigerians as the suspects, after Berende made several suspicious trips to Iran and interacted with Iranians in a “high-profile terrorist network” there.

“His Iranian sponsors requested that he identify and gather intelligence on public places and prominent hotels frequented by Americans and Israelis to facilitate attacks,” SSS spokeswoman Marilyn Ogar said in a statement.

“There is conclusive evidence that Berende, in collaboration with his Iranian handlers, was involved in grievous crimes against the national security of this country.”

In 2010, Nigerian security officials intercepted an Iranian arms shipment containing 13 containers of weapons, including artillery rockets and rifle rounds. An investigation found that the shipment had originally come from the Iranian port of Bandar Abbas. Those arrested in connection with the incident included an alleged Iranian Revolutionary Guards Corps member and three Nigerian suspects.

In Syria, the source said, Sunni global jihadi groups were becoming a stronger force, and have been placed under the watch of intelligence services and the IDF.

“We’re not under the illusion that they won’t direct their fire toward Israel in the future,” the source said.