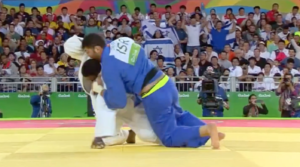 The 12 Israeli jukokas were supposed to receive their visas to the United Arab Emirates in Istanbul and arrive for the competition tonight (Monday). The team will now have to travel to Amman to receive the visas instead.

Moshe Ponte, the president of the Israel Judo Association, said: “We will not give, even if we have to reach Abu Dhabi on foot. Now we have to fly to Amman to get visas there instead of flying to Istanbul as we planned. We are looking to change our tickets. We will arrive after 14 hours of waiting in Amman. We may arrive exhausted, but we will not give up.”

Israel does not have diplomatic relations with the United Arab Emirates.

Among Israel’s delegation is Or Sasson, who won a bronze medal at the Rio Olympics in 2016. During those games, Egyptian judoka Islam El Shehaby refused to shake hands with Sasson.