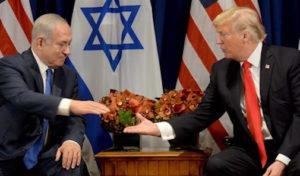 The current US administration would view a PA return to Gaza favorably, but in the event that the PA is not involved, it will still support a viable ceasefire agreement, the official stated.

The White House “supports Egypt’s efforts to secure a ceasefire in Gaza,” and “remains in close communication with Israel, Egypt, and the UN with respect to Gaza,” the official added.

“We would like to see an end to fighting with or without the PA,” but the administration would prefer “if the PA reasserts control in Gaza so we can get on with making lives better.”

Israel’s security cabinet is set to meet on Wednesday to discuss relaxing restrictions on the blockaded enclave after several days of relative ‘quiet’ on the Gaza border.

Defense Minister Avigdor Liberman said Tuesday at an evaluation meeting with Israel’s security and defense establishment that the Kerem Shalom crossing between Israel and the Gaza Strip will be opened Wednesday if the border remains calm, according to a statement from the IDF.

In addition to the opening of Kerem Shalom, the fishing perimeter around Gaza’s shores will be extended nine miles should quiet be maintained.

The uneasy quiet followed on from last weeks major flare-up that began when Israel attacked a Hamas outpost killing two of the militant group’s commandos after shots were presumably fired from the location. The incident initiated a two-day barrage in which Hamas fired some 200 rockets into Israel, which retaliated with airstrikes on some 150 targets in the Palestinian enclave.

Senior Israeli officials have maintained that the country had not agreed to a truce with Hamas, which the Islamist group announced on Thursday after the nearly 48-hours of intensive fighting.

Netanyahu has come under increased political pressure to act more strongly against Hamas, though it is clear that both sides are reluctant to start a fourth war between them since 2008.

On Sunday, the Prime Minister Benjamin Netanyahu said that his country would not accept anything less than a total truce. “Our demand is clear — a complete ceasefire. We will not suffice with less than this,” he said at the start of his weekly cabinet meeting.