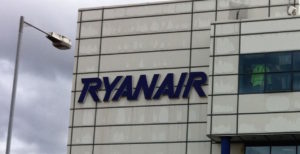 Ireland’s low-cost carrier Ryanair on Thursday reversed a controversial policy to charge passengers flying to and from Israel, and only Israel, a fee for carry-on luggage.

Passengers on Ryanair flights to and from Israeli airports will now be allowed the same rights as passengers in other countries to bring two free cabin bags – one wheeled and one small – to the gate, subject to airport security regulations.

A Ryanair spokesperson told Israel Hayom that the reversal will go into effect on Jan. 20. The company maintains that Israeli security measures are a detriment and “continue to pose a problem to Ryanair and its customers.”

In an attempt to free up space in its planes’ overhead storage compartments, Ryanair on Jan. 15 announced a new policy under which all passengers who pay an extra €5.50 ($6.75) for priority boarding will be allowed to take their carry-on bags on board, while those without priority boarding will have to stow them in the plane’s hold for free.

The policy caused chaos, as passengers showed up to the airport without knowing about the changes. Critics also asked why Israel was being singled out by the company.

Ryanair claimed the extra fees were due to the tight security in Israel for both outgoing and incoming flights. The Israel Airports Authority dismissed the claims, saying it has not changed its security procedures.

Ryanair began flying to and from Ovda Airport near Eilat in 2015 and added flights to and from Ben-Gurion International Airport last year. It currently flies between Israel and Spain, Italy, Belgium, Germany, Poland, Hungary, Bulgaria, Slovakia and Lithuania.