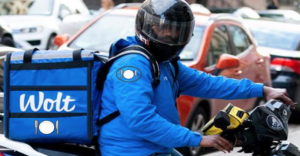 Dealers delivering marijuana to clients that are forced to remain home under coronavirus restrictions say delivery outfits, such as Wolt or Gett, allow them unhampered movement by the police at security road-blocks.

Drug rings in the Tel Aviv area have been adapting to the new reality of coronavirus guidelines with a cunning means of disguise – donning the uniforms of a food delivery service.

With Israel on increasingly stringent lockdown, staff for takeaway delivery services such as Wolt or Gett are among the few who can move around freely without attracting too much police attention.

As such they are induced to hand over their uniforms to dealers seeking to enjoy the same freedom of movement. Some even decide to deliver drugs themselves.

And according to dealers, making deliveries has never been so smooth and problem-free.

Avi (an alias) has worked for several months as a food deliverer for Wolt. But as coronavirus spread and a wide lockdown was imposed on the country, he decided to have a career change and become a “full-time drug courier.”

“It’s a new business opportunity,” says Avi. “The impact of coronavirus really drove up the need for drugs. It’s a pretty new phenomenon. Most delivery men deliver marijuana, but some even bring cocaine. When they’re in uniform, you can get drive around with cocaine, the police don’t even look at you or care about you.”

“My wages have significantly increased,” he says. “I get NIS 100 [approx. $27] for every marijuana delivery I make – and I make dozens of deliveries a day.”

Ahmad (also an alias) is a resident of Jaffa who works as a drug courier and the use of the delivery uniform now lets him drive around with no fear of arrest.

“Lots of people are disguised as Wolt delivery men,” he says. “They either steal [the uniform], buy it or even work for the company. Without exaggeration, there are even 50-year-olds who work for ‘Wolt Jaffa.’ Even people as old as my grandfather.”

“You don’t have to return your uniform when you quit working for Wolt,” says a former courier about the ease with which the uniforms can be obtained.

“You keep the shirts and the price of the bag is just subtracted from your final paycheck,” he says.

Once drug dealers realized the value of a Wolt uniform and bag, demand for these items skyrocketed, inadvertently creating a black market for them.

A courier who is a member of a Telegram group for drug deals says he has been offered a lot of money more than once to buy his uniform and bag.

“People on Telegram offered me NIS 1,000 for the uniform,” he says. “Even people outside the group have asked to buy it in order to ‘make deliveries’.”

Y., who bought drugs using this method, said the delivery man “shows up in Wolf uniforms and leaves a bag under my doormat where I also left the money.”

He says: “People find creative ways to sell drugs. The lockdown and isolation really make you want to smoke [marijuana] a lot more.”

A joint prior to rolling, with a paper handmade filter on the left – Photo: Wikimedia Commons

This trick, it seems, has completely bypassed the police. The couriers in disguise all stressed how easy and carefree their deliveries are.

“There’s no worry,” says Avi. “I get on my electric bike, charge three batteries and work until midnight. Even my brother is in it with me. He wanted to make some money since it’s so tough now.”