SEVEN dead in explosion on Israeli bus in Bulgaria

Dozens injured after bomb explodes aboard Israeli tour bus at the Burgas Airport on 18th anniversary of Iran-sponsored bombing of Jewish center in Argentina; Bulgarian FM in touch with Liberman, headed to site.

Seven Israelis were killed and many injured when a bomb exploded on an Israeli tourist bus at the airport of the Bulgarian city of Burgas on Wednesday.

The bus was carrying Israeli tourists who landed in Bulgaria at a 4:45 p.m.

Foreign Minister Avigdor Liberman spoke with his Bulgarian counterpart  Nikolay Mladenov in relation to the explosion.

Mladenov is heading to the site of the blast and said that he will bring Liberman up to date when he arrives.

Liberman called for an immediate meeting at the Foreign Ministry’s situation room to discuss the issue with the relevant bodies.

The Israeli embassy in Bulgaria is also investigating the explosion.

ZAKA and MDA rescue services in Israel were preparing delegations to fly to Bulgaria.

In January, a suspicious package found on a bus carrying Israeli tourists fromTurkey to Bulgaria led Israel to request boosted security for its citizens traveling in the country, according to reports in the Bulgarian press. 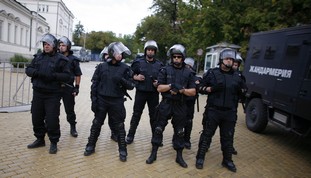 The Sofia News Agency Novinite quoted Dan Shenar, head of security at the Israeli Transportation Ministry, confirmed he had requested the increased security at the time.

Israel has been concerned Hezbollah would try to attack Israelis overseas in in connection with the fourth anniversary of the assassination of Hezbollah military commander Imad Mughniyeh, attributed to the Mossad.

Israel had asked Bulgaria, for example, to increase its security over Israeli tour groups in thecapital city of Sofia. According to Sofia News Agency, a Hezbollah plot was earlier uncovered by local security agencies, which warned Israel.