Sheik Raed Salah to Obama: Do not visit Al-Aqsa Mosque

The Islamic Movement’s northern branch demonstrated outside the US embassy. They warn Americans that a  visit to Al-Aqsa with Israeli escorts will show Obama is pro-occupation.

Two weeks before Barack Obama’s expected arrival in Israel, Raed Salah, the leader of the Islamic Movement’s northern branch, warned of the possible implications of the president’s visit to the Al-Aqsa Mosque in Jerusalem. 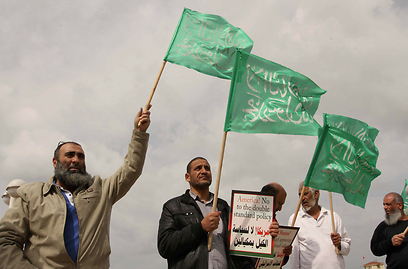 Dozens of the movement’s supporters demonstrated outside the US Embassy in Tel Aviv and called on Obama to avoid entering the Temple Mount with an Israeli escort.

The protesters carried Islamic Movement flags as well as photos of administrative detainees who are on hunger strike. The protesters said that reconciliation with Netanyahu cannot come at the expense of Palestinians and called out “We shall sacrifice our life and blood for Al-Aqsa. 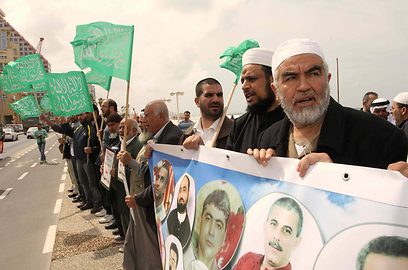 Sheikh Raed Salah outside the US Embassy – Photo: Ido Erez

Addressing the crowd, Salah said that if Obama visits Al-Aqsa with even one “representatives from the Israeli occupation” it will prove he supports “the occupation” and wants to be “an enemy of the Muslim people.”

Commenting on the hunger striking Palestinian prisoners, he said: “We shall continue to fight for you because you deserve to get out of the Israeli prisons and return to your families.”

Islamic Movement spokesman Attorney Zahi Nujidat said, “We warn of the implications of President Obama’s visit. There is fear that Obama will enter the Al-Aqsa Mosque and we don’t want anyone who supports the Israeli occupation going there. We warn Obama not to cause damage to Palestinian interests or our holy sites.”