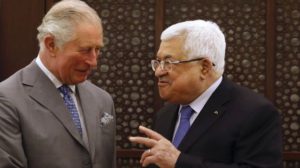 Despite scores of world leaders attending the World Holocaust Forum in Jerusalem this week, a very few made an effort to meet with the Palestinian autocrat, Mahmoud Abbas, raising concerns as his popularity plummets due to his intransigence regarding the peace process.

As dozens of world leaders converged on Israel for the Fifth World Holocaust Forum 2020, some Palestinians expressed frustration that only a few of these leaders would be visiting the Palestinian territories for a one-on-one meeting with Palestinian President Mahmoud Abbas.

Among those who attended the forum in Jerusalem were U.S. Vice President Mike Pence and the presidents of Russia, Germany, France, Italy and Austria.

Secretary-General of the Palestinian National Initiative party Mustafa Barghouti says that the international community should do more than pay “lip service” to help the Palestinians.

“I want to ask a question of all those leaders who [visited] Israel in solidarity with Israel and the memory of the Holocaust,” says Barghouti. “Why don’t they exercise pressure on Israel? What can they do to stop the Israeli violations, starting with the torturing of Palestinian prisoners, the killing of people without accountability and the unprecedented level of settlement expansion?

“What do these states want to do about the fact that they support the two-state solution, although Israel is killing that option? What can they do in terms of active measures rather than just statements?”

Barghouti also offers a scathing critique of foreign powers, saying their credibility is on the line.

“Palestinians are already disappointed in the international community,” Barghouti says.

“But the question now … [is] how to challenge the international community and put facts in front of it and challenge it to take actions consistent with its claims of supporting democracy, human rights and the right to self-determination.”

The Palestinians have boycotted Washington since U.S. President Donald Trump recognized Jerusalem as Israel’s capital at the end of 2017. Abbas has instead called on the international community to play a larger role in the Palestinian-Israeli conflict. He plans to discuss the issue with the leaders he is scheduled to meet.

Abbas has stated that he no longer considers Washington the sole mediator in the conflict. The Palestinian president has called for an internationally-backed peace conference to kick-start the stalled negotiations.

Hasan Awwad, a Middle East expert at the University of Bridgeport in Connecticut, says he believes the Palestinian people have lost faith in the international community.

“There is no trust in the international community within the people. Abbas wants to stay in power. He wants more aid and international support to run the PA without sharing power nor [holding an] election. His regional and international power is declining,” Awwad says.

Abbas has long sought international support. Back at the beginning of his presidency in 2005, he began to galvanize the international community for the Palestinian cause, and for a time, he gained momentum.

But Khalil Shikaki, director of the Palestinian Center for Policy and Survey Research, says that in recent years, Abbas’s popularity has declined and his approach has lost support.

“Most Palestinians believe this internationalization of the conflict has been a failure. In a sense, it hasn’t delivered. It didn’t influence the Israeli calculus in any effective way to stop settlements, or contribute to ending the Israeli occupation,” Shikaki says.

Abdul Majeed Swailem, a professor of regional studies at Al-Quds University in Jerusalem, says global powers should take a stand.

“Israel behaves with impunity, and they [the Israelis] should be held accountable,” Swailem says.

“What the Palestinian Authority wants from the international community is for it to exercise its responsibilities and put pressure on Israel. Pressure, so that Israel does not continue to take further steps to destroy the two-state solution.”

U.S. Vice President Mike Pence had no plans to meet with Palestinian officials. The last time he was in the region, Palestinians shunned him.

Putin has offered in the past to host a meeting between Abbas and Prime Minister Benjamin Netanyahu. In January 2017, a summit on the conflict was held in Paris, but neither the Israelis nor the Palestinians were invited.
At the time, the Palestinians welcomed the effort while Israel rejected it.

The last direct talks between the two sides, sponsored by then-U.S. Secretary of State John Kerry, fell apart in 2014.