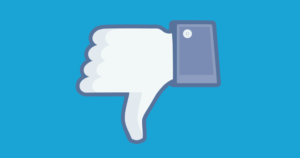 Within seconds I got banned by Facebook, without them even willing to listen, – And my Facebook page The Truth also got restricted.

I am disgusted with Facebook silencing individuals sharing the truth…
The tweet stayed on line until the next day.

I’m hoping this story will be published and shared, as we just can’t be silenced.

The previous time I was banned was for an even a more shocking reason – but Facebook did apologize, although the ban was not lifted.

As a pro-Israel activist, I find myself and many of my activists friends, being silenced on social media.

We all have our rights to our opinions, yet the Left and platforms are doing all they can to shut us up.

The above account by Yochy Davis is indicative to the arbitrary punishments many pro-Israel activists are subjected to on a regular basis by Facebook’s algorithms.

I can’t begin to list the dozens of bans, restrictions and ill-treatment I’ve been subjected to by Facebook, and all with no recourse to explain. Once locked out and unable to post, one finds themselves in a loop of attempting to explain, but no reply is actually sent.

This ban was given immediately following attempt to edit an already posted news article. Click on “let us know” and a window opens up to post an explanation, but the “Send” button doesn’t ‘send’. 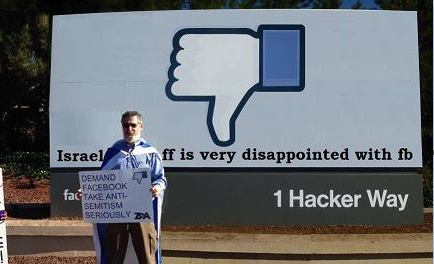 Even going to FB HQ to present a problem was impossible. At best, one could stand on the street in front to protest.
– BTW, the above photoshopped picture is my way of protesting against Facebook’s lax anti-Semitism policy. It’s the banner photo, permanently posted on my Facebook Israel and Stuff news page.