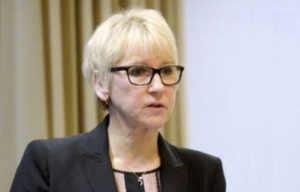 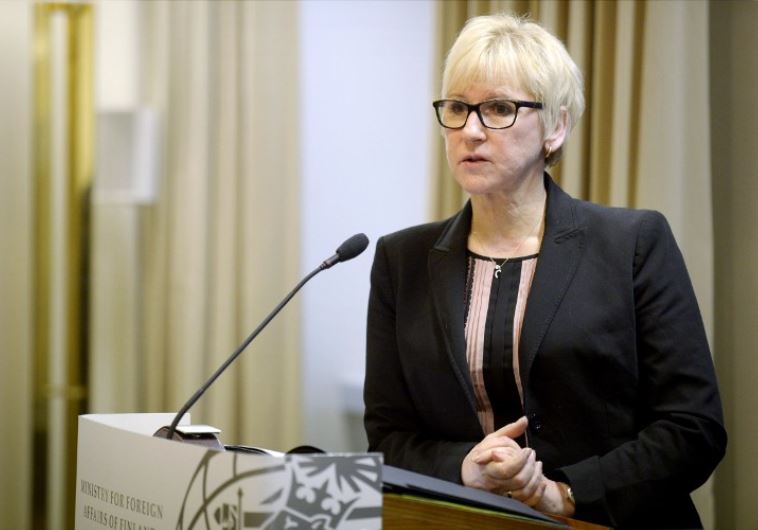 In October, Wallstrom irked Israel with a tweet about the wave of terror sweeping the country.

“Escalating violence in Jerusalem. Attacks against civilians unacceptable. Bring perpetrators to justice. Leaders must act responsibly,” wrote Wallstrom, using the staccato shorthand needed to get thoughts across on Twitter, which places a 140-character limit on messages.

On Friday, Wallstrom was at it again. When asked by a Swedish parliamentarian why she refused to condemn Palestinian acts of violence against Israelis, she replied that while she did not condone terrorism and that Israel did have a right to self-defense, “at the same time the [Israeli] response doesn’t need to be extrajudicial executions or disproportionate force.”

Wallstrom’s remarks were first reported by the Swedish daily Expressen and then widely disseminated by Hebrew-language media outlets in Israel.

The comments by the foreign minister prompted Israel’s envoy to Stockholm, Isaac Bachman, to respond to Expressen, writing: “The focus on actions taken by victims of terrorism in order to defend themselves helps to distract attention away from the horrific acts of terrorism. Instead, we need to condemn the terrorists and act against them, against those who fund them, and against those who incite to terror.”