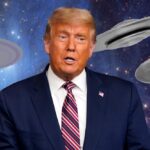 Speaking in an interview to Yediot Aharonot, Eshed – who served as the head of Israel’s space security program for nearly 30 years and is a three-time recipient of the Israel Security Award – explained that Israel and the US have both been dealing with aliens for years. Continue Reading »