Tel Aviv has no plans to enforce Sabbath closure directive

Decision looms, but so does local elections.

Tel Aviv seems to be in no rush to begin strictly enforcing its own Sabbath closure regulations, and will likely ask for an extension on imposing the bylaw on businesses in the city that remain open between sunset Friday and sunset Saturday.

The AM:PM chain of convenience stores in Tel Aviv will have to close on Shabbat following Supreme Court ruling. – Photo: Ofer Vaknin

On June 25, in response to a petition by seven Tel Aviv grocers, the High Court of Justice ordered the municipality to decide between fully enforcing the rule or rescinding it. Continue Reading »

The state on Wednesday asked the High Court of Justice to uphold its decision to release 104 Palestinian prisoners, including some of the worst murderers with “blood on their hands” in custody to the Palestinian Authority on August 13 as part of the recently renewed peace process between Israel and the Palestinians. 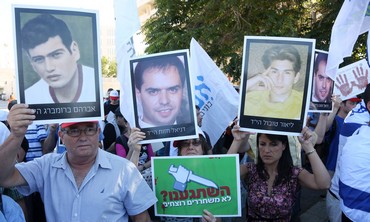 The state’s request was filed in response to a recent petition by the Almagor Terror Victims Association to block the prisoner release deal by preventing President Shimon Peres and OC Central Command Maj.-Gen.

High Court recognized the IDF reduced use of white phosphorous after receiving harsh criticism for its use during Operation Cast Lead.

The High Court of Justice on Sunday recommended the IDF cease all use of white phosphorus (WP) for creating smoke screens during military operations. 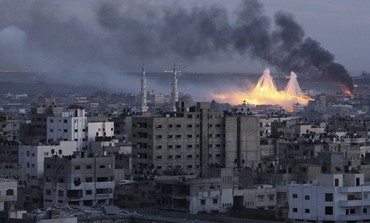 The recommendation was non-binding, however, as the court recognized that the IDF’s current commitment to eliminate its use in the urban warfare context and to reduce its general use moved the Army’s position significantly toward that of petitioners, NGO Yesh Din.

PM’s envoy to Africa, submits affidavit to High Court of Justice detailing how the Israel is working with 4 other African nations, which will help repatriate illegal African migrants.

Israel has reached an agreement with an unnamed African nation willing to absorb a portion of the African migrants residing in Israel illegally, an affidavit submitted to the High Court of Justice by the prime minister’s chief representative on the matter revealed.

A number of men in the Ktzi’ot detention facility – Photo: Moshe Shai

IDF answers petition to High Court saying will use incendiary munitions in urban areas only in ‘extreme cases.’

The IDF will refrain from using white phosphorous shells in populated areas, the State informed the High Court of Justice on Monday in response to a petition filed by human rights groups asking to ban the incendiary munitions.

However, the army said it would continue to use the shells in two exceptional cases, which were specified to the court behind closed doors. Continue Reading »

Ethiopians seek compensation for loved ones who perished making Aliyah

Groups point to State negligence during aliyah operation as leading to ‘tragedy’.

The State initiated the aliyah of Ethiopian Jews, and hence it must compensate families whose loved one’s perished along the way, claim representatives of the Ethiopian community who filed a like minded High Court petition Thursday. 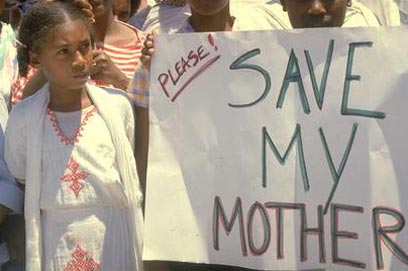 According to the petition, the aliyah of Ethiopian Jews in the beginning of the 80’s, was undertaken under the auspices of the State of Israel and it is responsible for its sloppy execution. Continue Reading »