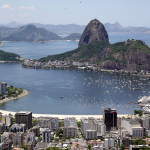 “We are living during a deep moral crisis,” he said, referring to a recent wave of violence in the city. Continue Reading »