Iraq seeks compensation from Israel for destroying nuclear reactor in 1981 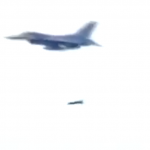 The 1st deputy speaker of the Iraqi Parliament announced his country’s intention to sue Israel for ‘material damage & loss of life’ caused by Israel’s destruction of the Osirak nuclear reactor 35 years ago.

The first deputy speaker of the Iraqi parliament, Homam Hamoudi, announced that Iraq plans to sue Israel for monetary compensation for carrying out Operation Opera, Israeli attack on the Osirak nuclear reactor in southeastern Baghdad which occurred on June 7, 1981 .

A statement published by Turkish news agency Anatolia said that “the Iraqi Foreign Ministry and the Foreign Relations Committee of the Parliament has to raise the issue in the international arena and give it special attention, especially as it is the 35th anniversary of the Israeli attack against the nuclear reactor.” Continue Reading »