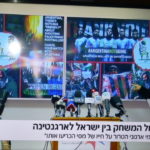 Israel’s Minister of Culture and Sport Miri Regev, announced that under threats to harm footballer Lionel Messi and his family should he play in Israel, the Argentinian soccer team apologized for having to cancel their game in Israel.

The Almagor Terror Victims Association called on the Israel Police to open an investigation into senior Palestinian Authority official Jibril Rajoub over allegations that he had launched a series of threats against Israeli soccer players in Argentina. 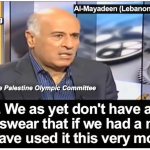 The Palestinians had called for a resolution stating that as a full FIFA member the PFA has the right to block Israeli teams from playing on its land. Continue Reading »