Did Mofaz Switch Teams Because his Demand to be Defense Minister was Rejected?

Mofaz reportedly joined the pact between Bayit Yehudi & Yesh Atid because his demand to be Defense Minister in the next gov’t was not accepted by Likud Beytenu negotiators.

Kadima chairman MK Shaul Mofaz joined the pact between Bayit Yehudi and Yesh Atid because his demand to be appointed Defense Minister was rejected, Channel 2 News reported on Friday.

According to the report, Mofaz’s representative, Attorney Alon Geller, arrived at the coalition talks with the Likud Beytenu negotiating team and presented Mofaz’s demand that he be appointed as Defense Minister in the next government.

The Likud Beytenu reportedly rejected the demand on the spot, leading to Mofaz deciding to join the pact with Bayit Yehudi and Yesh Atid and form a united front against Prime Minister Binyamin Netanyahu. Continue Reading »

Netanyahu backtracks on portfolio changes amid talks of war

Prime Minister Binyamin Netanyahu has backtracked on a request to make changes to his foreign and domestic investment portfolio, saying he wants to avoid fueling rumors about a potential strike on Iranian nuclear facilities. 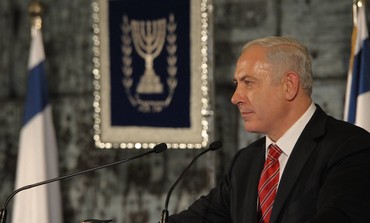 A special committee in the State Comptroller’s Office’s approved the prime minister’s request on August 15. In its decision, it stated that given the volatility of the global and Israeli economies, “there is a need to allow additional instructions to be made to the trustee of [Netanyahu’s] blind trust.”

Mere months after replacing Tzipi Livni, Mofaz will either be pressured to quit, or forced into an election for party head.

The reported plan came as Kadima seemed to edge closer to a full-on split, with former minister Tzachi Hanegbi spearheading efforts to convince at least seven Kadima MKs – the minimum required to create a new faction – to break off and rejoin the coalition of Prime Minister Benjamin Netanyahu. Continue Reading »

Following Kadima’s  withdrawal from the coalition, Lieberman estimates elections could be held anytime after February, but refuses to threaten resignation if his universal draft bill fails to pass Knesset vote

With Kadima’s withdrawal from the coalition final, all eyes are on Avigdor Lieberman‘s Yisrael Beiteinu which is now Prime Minister Benjamin Netanyahu‘s senior coalition partner again.

However, Lieberman is in no hurry to threaten resignation, despite the fact that his universal draft bill is not set to pass the Knesset vote on Wednesday. “We won’t give anyone that pleasure,” he told Ynet and suggested there is a possibility elections will be held in early 2013. Continue Reading »

Like Ariel Sharon, Netanyahu has been pushed to the center

There’s one thing Benjamin Netanyahu doesn’t like being, and that’s a Thanksgiving stuffed turkey. On Sunday night, at the Likud convention, Netanyahu started to feel like a stuffed turkey. The disruption by the right-wing lunatic fringe at the central event of the ruling party made the prime minister realize what he should have understood long ago: Likud has lost its mind.

And since Likud has lost its mind there was a real danger that it would do poorly in an election and he would be unable to put together a strong government afterward. Continue Reading »

Poll: 44% of Israelis back Likud-Kadima unity government deal, 37% oppose it.

Prime Minister Binyamin Netanyahu shocked the political establishment on Tuesday by delaying planned early elections and signing a deal with Kadima to form a 94-MK coalition, the widest coalition since 1984.

The national unity coalition formed by rotating prime ministers Shimon Peres and Yitzhak Shamir had 97 MKs, which was the largest ever, except when Israel formed emergency governments, most notably the Six Day War coalition in 1967 that had 111 MKs. 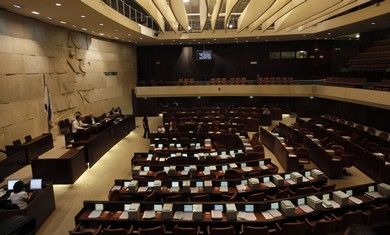 At a Knesset press conference with Kadima leader Shaul Mofaz, Netanyahu said a large coalition was needed to deal with the challenges the country is facing on the socioeconomic, diplomatic and security fronts.