Latest DNA study says Jews of European descent are multi-ancestrial, with many hailing from tribes in Caucasus who converted to Judaism and created empire that lasted 5 Centuries

Jews of European origin are a mix of ancestries, with many hailing from tribes in the Caucasus who converted to Judaism and created an empire that lasted half a millennium, according to a gene study. 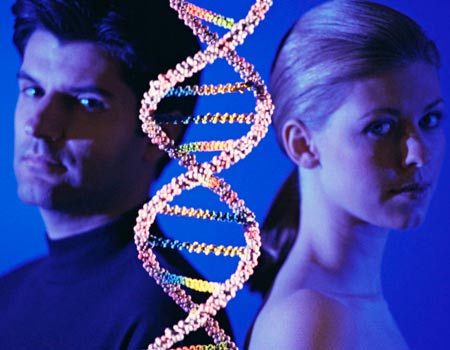 ‘Genome of European Jews is a tapestry of ancient populations’ – Photo: Jupiter

The investigation, its author says, should settle a debate that has been roiling for more than two centuries.

Jews of European descent, often called Ashkenazim, account for some 90% of the more than 13 million Jews in the world today.

According to the so-called Rhineland Hypothesis, Ashkenazim descended from Jews who progressively fled Palestine after the Muslim conquest of 638 AD.

They settled in southern Europe and then, in the late Middle Ages, about 50,000 of them moved from the Rhineland in Germany into eastern Europe, according to the hypothesis.

But detractors say this idea is implausible.

Barring a miracle – which some supporters of the Rhineland Hypothesis have in fact suggested – the scenario would have been demographically impossible.

It would mean that the population of Eastern European Jews leapt from 50,000 in the 15th century to around eight million at the start of the 20th century.

That birth rate would have been 10 times greater than that of the local non-Jewish population. And it would have occurred despite economic hardship, disease, wars and pogroms that ravaged Jewish communities.

Seeking new light in the argument, a study published in the British journal Genome Biology and Evolution, compares the genomes of 1,287 unrelated individuals who hail from eight Jewish and 74 non-Jewish populations.

Geneticist Eran Elhaik of the Johns Hopkins School of Public Health in Baltimore, Maryland, trawled through this small mountain of data in search of single changes in the DNA code that are linked to a group’s geographical origins.

Such telltales have been used in past research to delve into the origins of the Basque people and the pygmy people of central Africa.

Among European Jews, Elhaik found ancestral signatures that pointed clearly to the Caucasus and also, but to a smaller degree, the Middle East.

The results, said Elhaik, give sound backing for the rival theory – the “Khazarian Hypothesis.”

Under this concept, eastern European Jews descended from the Khazars, a hotchpotch of Turkic clans that settled the Caucasus in the early centuries AD and, influenced by Jews from Palestine, converted to Judaism in the 8th century.

The Judeo-Khazars built a flourishing empire, drawing in Jews from Mesopotamia and imperial Byzantium.

They became so successful that they sent offshoots into Hungary and Romania, planting the seeds of a great Diaspora.

But Khazaria collapsed in the 13th century when it was attacked by the Mongols and became weakened by outbreaks of the Black Death.

The Judeo-Khazars fled westwards, settling in the rising Polish Kingdom and in Hungary, where their skills in finance, economics and politics were in demand, and eventually spread to central and western Europe, according to the “Khazarian Hypothesis.”

“We conclude that the genome of European Jews is a tapestry of ancient populations including Judaised Khazars, Greco-Roman Jews, Mesopotamian Jews and Judeans,” says Elhaik.

Many things are unknown about the Khazars, whose tribal confederation gathered Slavs, Scythians, Hunnic-Bulgars, Iranians, Alans and Turks.

But, argues Elhaik, the tale sketched in the genes is backed by archaeological findings, by Jewish literature that describes the Khazars’ conversion to Judaism, and by language, too.

“Yiddish, the language of Central and Eastern European Jews, began as a Slavic language” before being reclassified as High German, he notes.

Another pointer is that European Jews and their ancestral groups in the Caucasus and Middle East share a relatively high risk of diseases such as cystic fibrosis.

The investigation should help fine-tune a fast-expanding branch of genomics, which looks at single-change DNA mutations that are linked with inherited disease, adds Elhaik.