The Sunday Times: Mossad has sent enough agents to Minsk “not only to defend the hospital but the entire city.”

Former Mossad chief and Yesh Sikuy director Meir Dagan is facing the threat of assassination by an Iranian hit squad as he recovers from a liver transplant in Belarus, The Sunday Times reported. 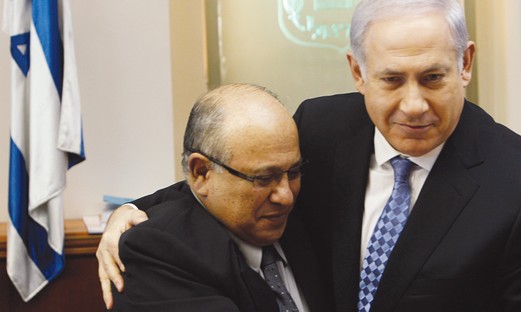 After Belarus President Alexander Lukashenko revealed last week that Meir Dagan was recovering in a hospital in Minsk, Israeli officials immediately increased his protection, The Times reported. It added that sources indicated Iran, or its Lebanese proxy Hezbollah, would try to kill him.

Lukashenko said that surgeons in several countries, including the US, Germany and Sweden, had refused to operate on the patient after learning of his former career as a spymaster – a claim that was later denied by Dagan’s associates.

“He traveled to Belarus because of the donor,” Dagan’s friend and former police commander Uri Bar-Lev told The Jerusalem Post last week. Asked if the disclosure formed a security problem for Dagan, Bar-Lev denied that it did.

In spite of this denial, The Times quoted an Israeli source as testifying to the contrary: “We’re very worried. Both Iran and Hezbollah are well aware of Dagan’s location and we believe some of their operators might be on their way to Minsk.”

According to the report, by Sunday, Israel had sent enough agents to Minsk “not only to defend the hospital but the entire city,” The Times quoted the source as saying. “We’ll bring him back home safely.”

Dagan retired from the IDF as a major-general in 1995 and was appointed head of the Mossad in 2002. His tenure was extended twice.

Foreign media attribute several high-profile assassinations to the Mossad under Dagan’s leadership, including that of Hezbollah operations officer Imad Mughniyeh in Damascus on February 12, 2008.