US President Joe Biden’s administration seeks to negotiate with Iran. If it does not work, the US will have to deter Iran from producing nuclear weapons. Another scenario is that the 2015 nuclear agreement with Iran, the Joint Comprehensive Plan of Action, might survive and even be improved following future negotiations.

It would include strict monitoring of Iran’s nuclear program, but this will not be sufficient. Deterrence will also be required. Negotiations will deficiently be needed when the JCPOA expires – or even before that if Iran assumes it has the opportunity to produce the bomb. This could happen if the US is deeply busy with a major crisis somewhere, such as with China. Either way deterrence, based on boosting Israel’s military capabilities, should be part of the effort to make sure Iran does not try to produce a nuclear weapon.

Israel can help, especially since the US wants to reduce its commitments in the Middle East. In a way, Israel could replace the US in deterring Iran. It will make it easier for the US and actually for Israel too. Although Israel needs its American patron relying on Israel’s strength works for Israel. It has been its traditional approach: to depend on itself as much as possible, particularly in military affairs. It requires having a big stick i.e. holding the arsenal needed to deter Iran.

In late 2020 there was a bipartisan bill in the US congress aimed at providing Israel with a giant bunker-buster bomb capable of destroying Iran’s heavily protected nuclear sites. Israel also needs the B-52 to carry that huge bomb. Knowing Israel can destroy their nuclear sites will deter Iran from trying to produce a nuclear weapon. 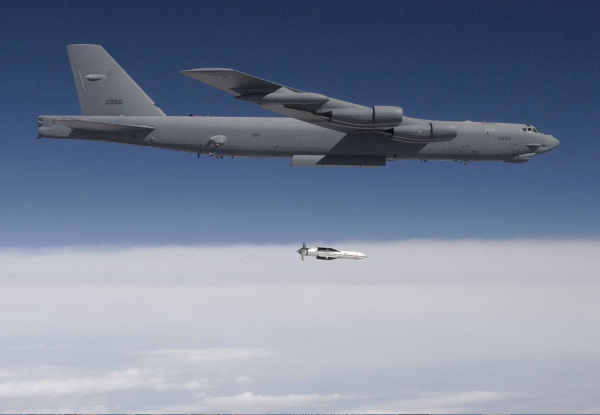 If Iran tries to produce a nuclear weapon, Israel will rush to attack with its available arsenal out of desperation. It might not be enough to destroy heavily protected Iranian sites. The US does not want to urge Israel to attack Iran let alone if this raid escalates into a war, one that might drag the US into it. If Israel is better armed it might not be necessarily bring a strike against Iran. Instead, Israel can deter Iran from producing a nuclear weapon to begin with.

Iran’s best fighters – such as the MIG-29 and F-14 – are almost obsolete. They would not be much of a match to Israel’s superior aircraft. The Israel Air Force has also advanced air-to-air missiles and worldwide reputation in air to air combat. The IAF can reach Iran and overcome Iran’s air defenses and air force. Israel’s main problem will be to penetrate Iran’s highly protected nuclear sites, such as the one in Fordow. The IAF has bunker buster bombs, the GBU-28, but they can’t crack the fortification of targets like Fordow. For that mission the IAF requires the MOP (Massive Ordnance Penetrator), a US made bomb that weighs 30,000 pounds.

Israel needs its American patron to provide the IAF not only with the MOP, but also with a heavy bomber to carry that huge bomb. The IAF does not have heavy bombers, only fighter-bombers: the F-15, F-16 and F-35. Israel should not ask for the B-2, but for the B-52. The veteran B-52 is quite old, which will make it easier for the US to give a few B-52s to Israel.

Israel should at least get the MOP. Getting the B-52 faces difficulties of arms control.

Even without the B-52, the IAF might manage to drop the MOP from its C-130, a transport plane. Iran’s air defense, mostly its advanced systems, the S-300, will jeopardize the B-52 or C-130, but the IAF might be able to suppress antiaircraft fire. It will be a dangerous and complicated mission, but the IAF took high risks in the past. It is worth it, considering the importance of the task.

The IAF should receive the MOP – let alone the B-52 – as soon as possible since it will take time, maybe even a few years, to assimilate the B-52. The IAF is capable and skilled enough to quickly adjust, but it will be a toll order to be ready to use the B-52 in a short time. The idea is to prepare if the talks with Iran fail or if the JCPOA, in its current version or an improved one, expires and Iran rushes to have nuclear weapons. When the IDF is ready, Israel can deter Iran from producing nuclear weapons.

It can prevent an Israeli attack on Iran and even a war. This will serve a basic interest of both Israel and the US.

EHUD EILAM has been dealing and studying Israel’s national security for more than 25 years. He served in the IDF and later worked for the Defense Ministry as a researcher. He has a PhD and has published six books in the US and UK.