Turkey accused Israel on Thursday of violating the airspace of Turkish-controlled northern Cyprus in a controversial oil and gas exploration area.

The Israeli aircraft violated the Turkish Republic of Northern Cyprus’s airspace five times in Monday’s incident which saw Turkish fighter jets chase out the intruder, the army command said in a statement.

It gave no other details about the incident nor the type of Israeli plane involved in the alleged incursion over the breakaway statelet, which is recognized only by Ankara. 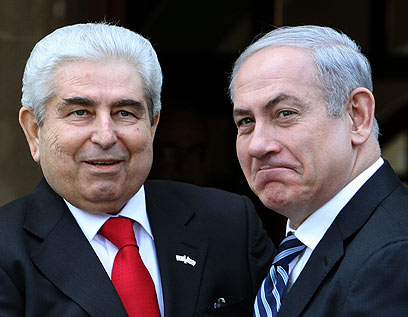 Israel and the internationally-recognized Republic of Cyprus have both discovered huge offshore natural gas deposits beneath the Mediterranean Sea between them, and have tentatively discussed cooperation on delivering gas to European and Asian markets.

The drilling for gas and oil in the seabed off Cyprus which began last year angered Turkey, which says it abuses northern Cypriots’ rights to the same resources.

In April, Turkey launched its own exploratory drilling in the seabed offshore the TRNC in the north, drawing a sharp response from the government of Cyprus, which labeled the action as illegal.

Cyprus has been divided since 1974 when Turkish troops occupied the northern third in response to a Greek-inspired coup in Nicosia aimed at union with Greece.