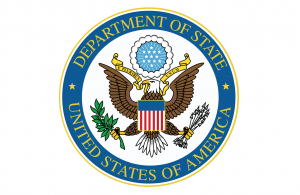 She said more detailed building permits will be required before the units are built.

Kirby further stated that Israel’s actions “risk entrenching a one-state reality” and raise serious questions about the Jewish state’s commitment to a negotiated settlement with the Palestinian Authority.

The 181 units in question are several residential buildings to be built by a private developer.

The U.S. administration has repeatedly condemned Israeli construction in Jerusalem in general, and specifically in Gilo. In July, the State Department described plans to build in Gilo as “corrosive” to peace.

Israel later rejected the international criticism over its planned construction in Jerusalem as “lacking any factual basis”.

“The claim that the construction in Gilo undermines the solution of two states for two peoples is lacking any factual basis and diverts attention from the real obstacle to peace – the Palestinian refusal to recognize the Jewish state under any borders,” it said.