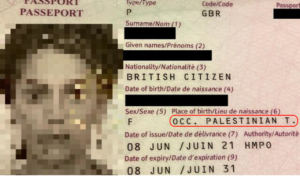 According to Balaban, she sent her old passport to England about two weeks ago and received the new one on Monday. Upon discovering the change, Balaban checked with her brother, who renewed his British passport two years ago and whose place of birth was listed as “Jerusalem.”

Her brother, who works at Nefesh B’Nefesh, an organization helping Jews from English-speaking countries immigrate to Israel, said it was the first time the organization had encountered the change, according to the report. 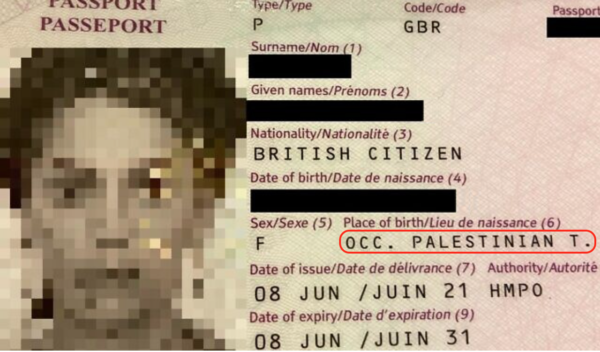 Ayelet Balaban’s new British passport that was received in June 2021, with her place of birth listed as ‘Occupied Palestinian Territories’ instead of ‘Jerusalem’ as was written in her previous, now expired British passport. – Israel’s Kan Broadcasting

Balaban sent a letter to the Israeli Ambassador to the UK Tzipi Hotovely on Tuesday but had yet to hear back.

Inquiries have also been sent to the British Embassy in Israel.

In a statement to i24News, a spokesperson for the UK’s Home Office said: “We apologize for this error and are urgently investigating how this has occurred. We will contact Ms. Balaban about the issuing of a new passport showing the correct place of birth.”

i24NEWS contributed to this report.