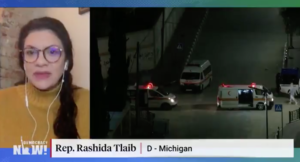 “I mean, I think it’s really important to understand Israel is a racist state and that they would deny Palestinians, like my grandmother, access to a vaccine, that they don’t believe that she’s an equal human being that deserves to live, deserves to be able to be protected by this global pandemic,” said Tlaib in the interview.

“It’s really important to understand that Israel is a racist state, in that they would deny Palestinians like my grandmother access to a vaccine, that they don’t believe she’s an equal human being who deserves to live.” pic.twitter.com/vPCeXjdqrZ

“It’s really hard to watch as this apartheid state continues to deny their own neighbors, the people that breathe the same air they breathe, that live in the same communities,” added Tlaib. “You could put a settlement wherever you want, but on the other side of that wall is a farm community, a village, where my grandmother lives, and many of our, you know, various family members and others that I know are trying, again, to live a good life, a free life, free from these oppressive policies, these racist policies, that deny them access to public health, deny them access to freedom of travel, deny them access to economic opportunities.”

“They have the power to distribute that vaccine to the Palestinian people, their own neighbors, again, feet away from where they live, many of which, again, could expose them and their family,” said Tlaib in the interview with Democracy Now!

“And it doesn’t — if anything, it just reiterates what the Palestinian people and even human rights groups have been telling us, is that this is an apartheid state.”

I’m a so-called Palestinian.. I was born in Kuwait, now live in Israel on a permanent residency.. in this picture you see me getting my first covid shot..

How racist can Israel be to vaccinate a non-citizen Arab who is fraudenlantly claimed as a Palestinian refugee by PA & UNRWA pic.twitter.com/M1OjG2aCXD

Exactly where are the Twitter ‘fact checkers’ when Tlaib spews lies?

Despite the claims by Tlaib that Israel was blocking aid to Palestinians, Israel has provided and facilitated the delivery of international contributions of medical supplies since the beginning of the pandemic, including testing supplies and ventilators.

Following a petition to the High Court of Justice from Physicians for Human Rights – Israel in May which demanded that Israel provide more care to Palestinians and provide the public with details of what it is already doing, the Health Ministry and the Coordinator of Government Activities in the Territories (COGAT) responded that they were “working in cooperation and coordination with the relevant factors in the PA and various factors in the international arena to provide great and varied aid for the Palestinian population to deal with the coronavirus, far beyond what is legally required.”

The response also pointed out that since 1995, when Oslo II was signed, the Palestinian Authority has had responsibility for healthcare in its areas, and that Hamas, which took over Gaza in 2007, provides its residents with health services.

Oslo II also states that “Israel and the Palestinian side will exchange information about plagues and contagious diseases, will cooperate in fighting them and develop systems to transfer medical files and documents.”

The Health Ministry held meetings with its counterpart in Ramallah, transferring professional materials translated into Arabic.

In addition, Magen David Adom and Sheba Medical Center at Tel Hashomer held training courses for Palestinian medical teams on how to protect themselves and care for coronavirus patients. Two Palestinian laboratory technicians were trained at Tel Hashomer, and a training session was held at the hospital in Jericho that has been taking in coronavirus patients in the West Bank.

Israel has also donated thousands of testing kits and supplies and facilitated donations from the international community to both the West Bank and the Gaza Strip. 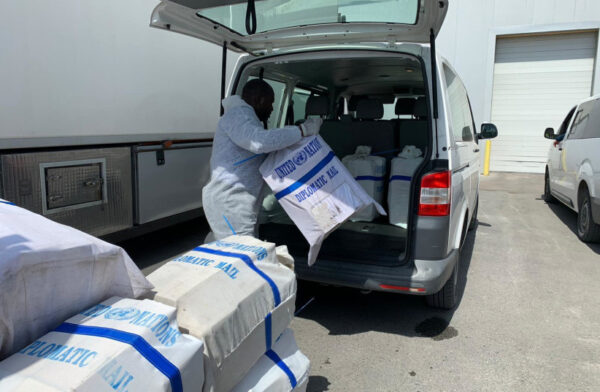 Amid the first wave of the virus, UN Special Coordinator for the Middle East Peace Process Nickolay Mladenov praised the “excellent cooperation” between Israel and the PA on fighting coronavirus on numerous occasions.

In a correspondence published by The Lancet medical journal, three Israeli medical professionals stated that Palestinian health-care personnel are often banned from working with their Israeli colleagues and that Palestinian patients are often blocked by the PA from entering Israel for medical treatment.

Palestinian officials have in the past two weeks made contradictory statements as to whether the PA had asked Israel for vaccines, with the PA Ministry of Foreign Affairs saying in one statement that Israel, as an “occupying power,” was obliged to provide vaccines to the Palestinians, while other officials stated that the PA had not requested vaccines from Israel and that the PA had even denied vaccines that were offered to them by Israeli NGOs.

The PA also refused medical equipment from the United Arab Emirates in May amid normalization efforts between the UAE and Israel. PA officials claimed at the time that the shipment was not coordinated with them.