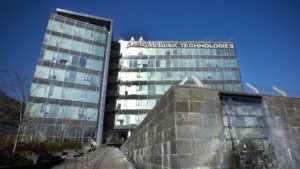 Nvidia’s purchase of the company, acquiring all issued and outstanding common shares for $125 per share in cash, puts an end to months of reported takeover attempts by some of the world’s biggest hi-tech firms, including Intel, Microsoft and Xilinx.

“The emergence of AI and data science, as well as billions of simultaneous computer users, is fueling skyrocketing demand on the world’s datacenters,” said founder and CEO of Nvidia Jensen Huang.

Since its establishment two decades ago, Mellanox has been dual-headquartered in Israel and the United States. Today, it boasts operations from Israel’s South to its North, with offices in Yokne’am, Tel Aviv, Beersheba, Ra’anana and Tel Hai.

“Combining our two companies comes as a natural extension of our longstanding partnership and is a great fit given our common performance-driven cultures. This combination will foster the creation of powerful technology and fantastic opportunities for our people.”