Israeli Arab TV anchor lashes out at Arab League, ‘Where are you, Arab traitors?’ 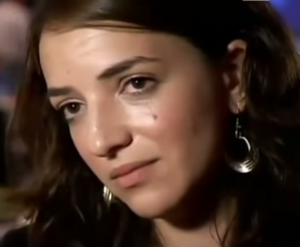 Israeli-Arab journalist for TV2, Lucy Aharish, confronts ‘traitorous’ Arab leaders for their hypocrisy, silence and inaction of the suffering of civilians in Syria.

Last December, Arab-Israeli journalist Lucy Aharish garnered international attention with a viral video blasting world leaders for their failure to intervene in the ongoing Syrian civil war, which she dubbed a “holocaust”.

This week, following a deadly chemical weapon attack near the rebel-held city of Idlib, Aharish took aim at Arab leaders, calling “traitors” for turning a blind eye to the plight of civilians killed in a war that has rage for six years.