VIDEO: Israel’s Tourism is Booming with Amazing Plans for Even More 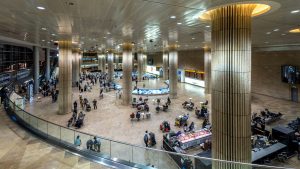 WATCH: Israel is once again reporting record numbers of tourists, and with that, Israel’s Ministry of Tourism is promoting a video for the Dead Sea, showing why it’s like no other place on earth.

Israel logged record levels of incoming tourism during the first half of 2017.

“The June tourism statistics bring us to record levels for incoming tourism in the first six months of the year. Our policy continues to prove itself and to bear fruit, and we can see that the right marketing strategy can bring Israel to new heights.”

According to the Central Bureau of Statistics, some 1.74 million tourists entered Israel between January-June of this year. That’s an increase of 26 percent over 2016 and 24 percent over 2015.