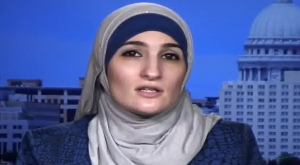 Despite a public outcry and strong opposition from Jewish leaders, CUNY has chosen to maintain its invitation for Sarsour to speak to graduates of its School of Public Health and Health Policy, scheduled for June 1.

Sarsour, who was among the organizers of January’s Women’s March on Washington, has stirred controversy by speaking against Israel. In a recent interview, she said one cannot be part of the feminist movement unless he or she is critical of Israel’s “occupation” of the West Bank. Sarsour was also highly criticized for publicly supporting convicted Palestinian terrorist Rasmea Odeh at a conference advocating for the boycott of Israel last month.

“What Linda Sarsour advocates for – boycotts against Jewish businesses in Israel and random acts of violence against the innocent – are no different than the things that we personally experienced,” the survivors wrote in their letter. “This is a frightening reality that we hoped we would never see again.

“But what makes matters worse is to again see good people and respected institutions responding with indifference,” they added.

“Nothing good can come of Ms. Sarsour telling young people, with CUNY’s imprimatur, that violence against the innocent for any reason at all is acceptable or courageous.”

Assemblyman Dov Hikind, a Brooklyn Democrat and an Orthodox Jew, has been leading the efforts to get CUNY to cancel the speech. In response to recent attacks from Sarsour supporters, who have accused him of “character assassination,” Hikind sent out a list of comments made or written by the Palestinian- American activist illustrating her anti-Israel and pro-terrorism stances.

“It’s a sad day for New York,” Hikind said. “Our most vulnerable citizens – elderly Holocaust survivors who understand the price of ignoring evil – have to cry out to their elected officials regarding something as obvious as not offering an official platform to a hate peddler like Linda Sarsour.

“This wolf in sheep’s clothing has fooled some of the people, but her tweets and the things she’s said on stage betray her fondness for violence against Jews,” the assemblyman added. “This is something New York State-funded schools should distance themselves from, not tacitly approve.”

The some 100 people who signed the letter to Cuomo are survivors of Auschwitz, Bergen-Belsen, Dachau, the Riga Ghetto, Theresienstadt and numerous other camps.