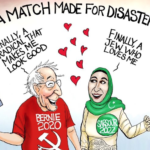 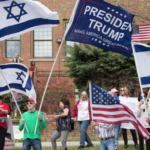 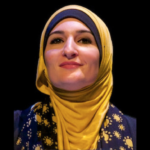 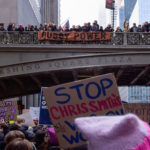 Advisory Board: “An organization that may support feminism, but discriminates against Jews and Zionists and denies Israel’s right to exist should not be honored by a democratic foundation that advocates diversity and speaks out against discrimination.”
– Co-founder Linda Sarsour sited for her antisemitism, saying, “Zionists were Nazis” and her admiration for Louis Farrakhan.

NEW YORK – The think tank for the German social democratic party withdrew its Human Rights Award to the Women’s March USA in Washington, DC, on Thursday because doctoral students associated with the foundation accused the organizers of the march of hardcore antisemitism and support of the Boycott, Divestment and Sanctions campaign targeting the Jewish state. Continue Reading » 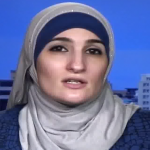 Despite a public outcry and strong opposition from Jewish leaders, CUNY has chosen to maintain its invitation for Sarsour to speak to graduates of its School of Public Health and Health Policy, scheduled for June 1. Continue Reading » 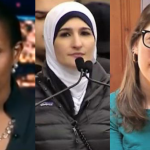 Jewish-American actress Mayim Bialik took to her website GrokNation this week to fire back at recent comments by Palestinian-American activist Linda Sarsour, who stated in an interview with The Nation that one cannot be both a Zionist and a feminist.

“Are there things that happen in Israel and the Palestinian territories which cause pain and suffering to women? Continue Reading » 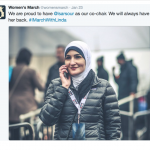 It’s not often that the world got to see hundreds of thousands of people come together to ‘denounce hatred’, at an event organized & orchestrated by one of the most anti-Semitic & unrepentant haters in the U.S. today. – It truly was a historic event!

It would be interesting to know how many of the useful idiots donning “pussy hats” at Saturday’s massive “Women’s March on Washington” had any idea—or even cared to know—who the principal organizers of the event were. The answer is undoubtedly close to zero, since the purpose of the entire charade—like all leftist charades—was merely to give the participants an opportunity to publicly signal their own moral superiority while smearing—as racists and fascists—anyone who doesn’t accept socialism, identity politics, and perpetual grievance mongering as the ultimate expressions of the American Dream. Continue Reading »