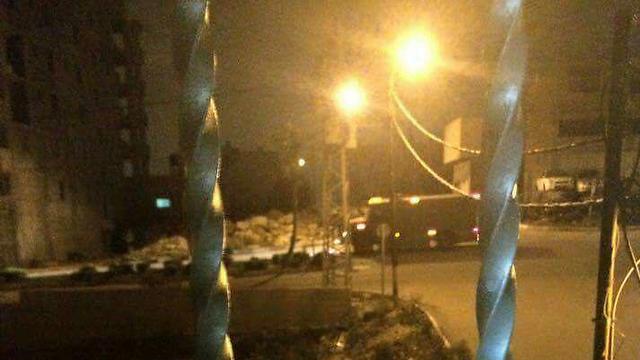 Its members served as the regional headquarters and worked to renew the organization’s terrorist activities in the city and nearby villages, according to police. The infrastructure received guidance, instructions and large-scale funding from Hamas command centers in Qatar and the Gaza Strip.

Some of the 24 Hamas leaders and activists detained were previously in Israeli prisons, several of them more than once.
The night-time operation also netted over NIS 35,000.

The nighttime operation was carried out by the Shin Bet together with forces from the elite Duvdevan and Egoz units, Border Police “mista’arvim”, the Duchifat Battalion, and the Reshef and Namer battalions of the Artillery Corps. The Shin Bet reported that the Hamas infrastructure in Qalqilya is one of the oldest Hamas networks in the West Bank.

“This episode reveals the continuing activity of foreign Hamas headquarters abroad and in the Gaza Strip, as well as local networks in the West Bank, to build up strength in order to reach organizational and military readiness,” stated the Shin Bet report. The report also said that “the ultimate goal is, among other things, the carrying out of terrorist attacks and military actions against Israeli targets.”