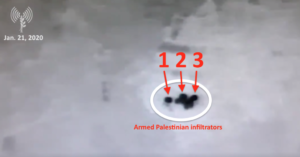 The three suspects threw IEDs at IDF soldiers and the soldiers opened fire on the suspects, with at least one suspect being injured. There was no danger to local residents.

The IDF later confirmed that the terrorists were killed.

In the past week, incendiary balloons have been launched from Gaza towards communities in the Gaza envelope. Four rockets were fired into Israel last week from Gaza.

Tuesday’s fatalities were the first in cross-border fighting since a two-day surge in violence in November between Israel and the Palestinian Islamic Jihad that left 34 Palestinians dead and dozens of Israelis injured.