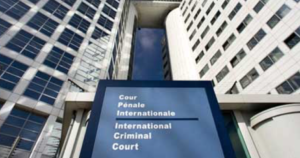 One is about the Mavi Marmara 2010 flotilla incident and the second will deal with both the 2014 Gaza War and the settlement enterprise.

In September, the ICC’s top appeals chamber ordered ICC Chief Prosecutor Fatou Bensouda to reconsider giving Israel a pass on a criminal war crimes probe into the 2010 Mavi Marmara flotilla, in which 10 Turkish passengers on the Marmara ship were killed by IDF troops during an altercation in which IDF forces took over the ship to prevent it from breaking Israel’s sea blockade of Hamas in Gaza.

The unusual zigzagging decision both rebuked Bensouda for letting Israel off the hook without analyzing certain issues, but also seemed to continue to empower her to close the file if she analyzed the additional issues and reached the same conclusion.

Will Bensouda stick to her guns and protect Israel from a criminal probe in this case? Or will she follow the tone set by repeated rulings by the ICC pretrial chamber urging her to delve deeper into the case?

This decision is crucial because of Bensouda goes after IDF personnel and national security decision-makers, the ICC pretrial chamber has already given indications that it believes the IDF violated international law when it took over the Marmara.

In other words, if Bensouda does not block it, the case could go the distance. This could put Israelis involved in the Marmara incident in a new situation in which the around 125 countries signed on to the ICC’s Rome Statute could potentially be obligated to arrest and extradite them.

Until now, Israel has had Palestinian, Arab and global critics in these two arenas.

Yet, none of these critics have had anything approximating the universal or quasi-universal legal standing of the ICC.

If the ICC Prosecutor’s decision about the Mavi Marmara is dangerous because the ICC pretrial chamber has already showed its cards, these decisions are far bigger in their implications.

A decision against Israel regarding the 2010 flotilla would hurt, but be limited to that incident.

In contrast, a decision against Israel related to the 2014 Gaza War or the settlements would effectively mean the ICC was saying that Israel’s legal system does not comply with international law, even after a series of a few cases in which Israel has sent its own soldiers to prison for killing Palestinians (the most famous case being the Hebron shooter Elor Azaria.)

This could not only lead to Israelis having trouble traveling, but also to diplomatic and legal consequences for how foreign countries worldwide might view Israel – including those who have tried to be fair-minded to the Jewish state.

Likewise, a ruling declaring the settlements not merely in violation of international law as a non-binding UN Security Council Resolution passed in 2016 said, but declaring them war crimes, would be a major diplomatic and legal escalation against the settlements and governmental leaders connected to them.

Whether this would destabilize or incentivize negotiations with the Palestinians – which currently are not occurring anyway – is anyone’s guess, but they could have a large unpredictable impact.

Where would the US work into all of this?
It depends which US.

The next move in the Mavi Marmara legal saga must be by December 2.

In contrast, while expectations are that Bensouda will decide the bigger issues also around that time, she has one more year in office, and could delay until December 2020.

Any decisions that could down in two weeks will be greeted by a Trump administration that essentially despises the ICC and which even canceled Bensouda’s travel visa to the US at an earlier point due to her interest in probing US alleged torture of Afghan detainees as a war crime.

The disconnect between the US and the ICC was emphasized last week when ICC President Judge Chile Eboe-Osuji gave a speech in the US calling the tension “most unfortunate.” He pleaded with the Trump administration to return to the days of the Nuremberg trials when the US led the drive for international criminal justice.

But like other ICC officials, Eboe-Osuji did not recognize that the US probed the torture allegations since the US decided administrative reviews, as opposed to criminal charges, were the appropriate remedy.

If the ICC is willing to challenge the US, Israel may have more to fear in the coming weeks than it once imagined when it believed it could head off any ICC process by rejecting the idea that the Palestinians have achieved statehood (and only states usually can get the ICC involved).

In any event, the next two weeks could be the most dramatic yet in the ICC war crimes debate.