Having depleted their small savings of $200 on medical bills, Zaheer’s Facebook friend contacted the Israeli charity Save a Child’s Heart, since the surgery would have cost the family living in Pakistan $7000. 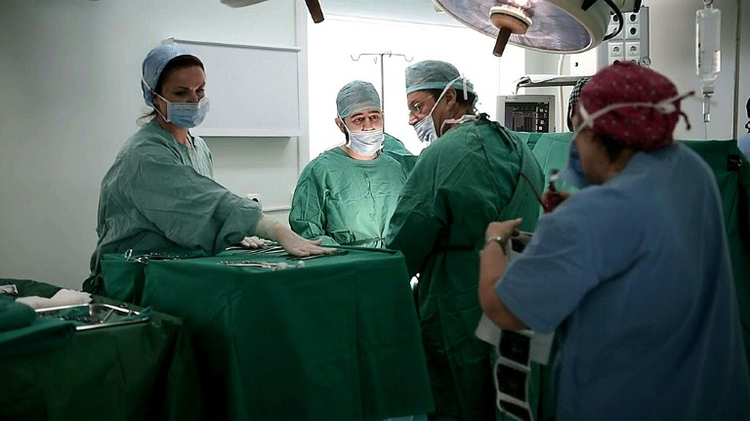 The surgery would have cost the family now living in Peshawar, Pakistan $7,000, but the Israeli charity Save a Child’s Heart (SACH), who focuses on helping children with heart disease in under-developed countries where they cannot receive adequate care, stepped in to help.

Since its founding in 1995, SACH has saved the lives of over 4,000 children suffering from congenital and rheumatic heart disease from Africa, South America, Europe, and the Middle East, although Yehia is the first child Afghan child treated by the organization.

The journey from Peshawar to Holon, Israel, included the boy’s cousin, a retired US State Department employee, a narrow miss as the attempted coup unfolded in Turkey and numerous individuals willing to go out of their way to help a child they didn’t know who was born with two reversed arteries, and two holes in his heart.

In 2012, dual American-Israeli citizen Anna Mussman supervised a State Department sponsored teacher training program in Afghanistan’s Nouristan Province. Yehia’s cousin Farhad Zaheer worked on the same project. Although Zaheer and Mussman never met face to face during the project, he sent her a friend request on Facebook after, which she accepted, said the Times.

Four years later, when his young cousin was in need of surgery for his congenital heart condition and the family had already depleted their small savings of $200 on medical bills, Zaheer reached out to Mussman for help.

According to the Times, Zaheer sent Mussman a message on Facebook with an image of Yehia and said “Hello dear Madam! This boy is my cousin who has been suffering from hole in heart. If you can do anything for his good health, we would be very thankful to you.”

“I realize helping a child from a country which Israel has no diplomatic relations is not easy, but perhaps possible. Thanks so much and Shabbat Shalom,” she wrote to Fisher.

Fisher was able to secure Israeli visa’s for Yehia and his father, but on the way, the pair would have to stop in Turkey, said the Times.

Zaheer again went to work making connections so that Yehia and his father could get visas for Turkey. At the Turkish embassy in Kabul he was given the email address of a Turkish diplomat, which he passed on to Iranian-American Fary Moini, who during her work in Islamabad had made a number of connections.

Moini penned letter to the Turkish diplomat on the family’s behalf, and acquired the visas, said the Times. She also volunteered to fly to Istanbul to meet Yehia and his father and travel with them to Israel.

She was due to fly out of Toronto on July 15, as the coup unfolded in Turkey, and her flight was cancelled. At the last minute SACH was able to find her an alternate flight.

Once in Israel, SACH needed to be able to communicate with Yehia’s father, a flour merchant who speaks Urdu and Pashto, said the Times.

Fisher recalled that while serving in the Israeli Defense Forces, there was a soldier in his unit named Yossi Betsalel, whose mother immigrated to Israel from Kabul years ago. While his mother had forgotten her native language, said Betsalel, they had a family friend who could still speak proficiently. Despite not remembering her earlier dialect, Betsalel’s mother still took a shine to Yehia and visited him numerous times in the hospital.

Zaheer also reached out to an Urdu speaking Israeli who immigrated to the Jewish state in 1978 from India.

On July 30, Dr Yahyu Mekonnen and Dr Lior Sasson, along with a team of almost a dozen additional people, patched Yehia’s heart while Ms. Betsalel, the two translators and Ms Moini sat with his father in the waiting room.

According to the Times, SACH operates off of a yearly budget of $3.5 million, provided mostly by private Jewish donors, and a staff of some 70 volunteers. In addition to the surgeries provided in Israel, SACH also sends its staff to train medical personnel in developing countries.