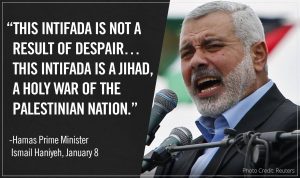 American cybersecurity Cloudflare, which deleted the neo-Nazi website Daily Stormer off its servers, is in no rush to block inciting websites linked to the Palestinian terrorist group, Hamas.
• Advocacy charwoman warns: “This is not a matter of free speech. We are urging the company to comply with U.S. law.”

After giving Daily Stormer the boot, Cloudflare CEO Matthew Prince said he was “afraid of the standard he was setting, and promised to work through the issues,” the report said.

Darshan-Leitner accused the company of hosting dozens of websites linked to Hamas and other designated terrorist organizations, which have amassed “higher body counts than American neo-Nazi sympathizers,” adding Cloudflare has a legal obligation to stop hosting such websites.

“This is not a matter of free speech. We are urging the company to comply with U.S. law,” she wrote in a letter to Prince. “By providing Hamas support, Cloudflare aids and abets terrorist attacks and makes itself liable for the dangerous violence being perpetrated.”

She said her group is considering taking legal action against Cloudflare if it fails to meet her request.

A spokesperson for Cloudflare told The Washington Times that the company was “aware of its obligations under U.S. law and is in compliance. Over the past few years, we have been engaged in ongoing discussions with a number of law enforcement and national security organizations to determine the best way forward in this area, and continue to review and update our compliance efforts.”

He added compliance was “challenging” for cyber companies because the U.S. government does not provide them with a list of IP addresses or websites that might be connected with sanctioned individuals and entities.

Darshan-Leitner said her case is not based on content of the websites, but rather on the service provided to terrorists.