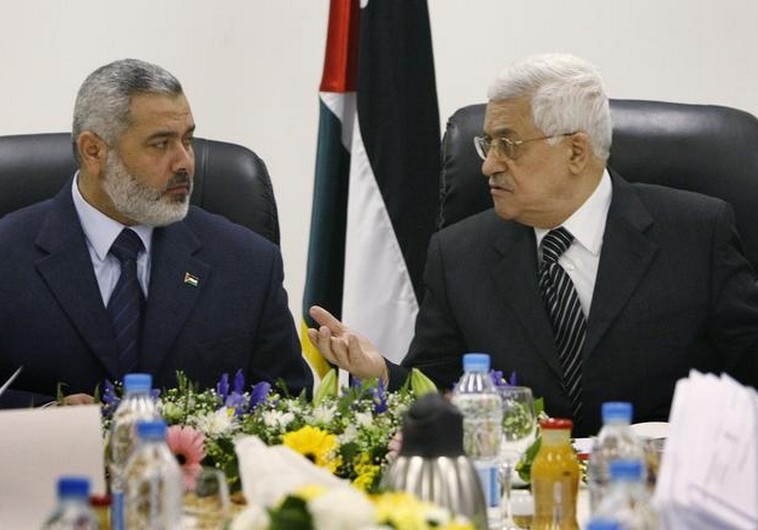 By stealing their people’s land and distributing it among their followers, Hamas and Fatah are further undermining the Palestinian dream of establishing a proper state based on the principles of democracy, accountability, transparency and the rule of law.

The beleaguered Palestinian Islamist movement, Hamas, has found an original way to solve its financial crisis. The movement is now planning to pay its unpaid civil servants with former Israeli settlement land in the Gaza Strip.

Abandoned by Israel in 2005 as part of the “disengagement” from the Gaza Strip, the land was supposed to provide a solution to the severe housing crisis in the Palestinian-controlled area. Back then, there was much talk about building new housing projects for thousands of Palestinian families in the Gaza Strip.

The Israeli “disengagement” prompted some oil-rich Arab countries to propose plans to help solve the severe housing crisis in the Gaza Strip. The lands that once housed Jewish settlements were supposed to transform the Gaza Strip into the Middle East’s Singapore.

Instead, all the grandiose and ambitious plans went right down the drain when Hamas seized control over the Gaza Strip in the summer of 2007. Since then, the entire Gaza Strip has been transformed into a base for various Islamist groups. In addition to suppressing and intimidating the local population, these groups, including Hamas, Islamic Jihad and other jihadi militias, have used the Gaza Strip to launch terror attacks against Israel and threaten Egypt’s national security on the other side of the border.

Were it not for the presence of the Israel Defense Forces in the West Bank, the Palestinian Authority would have collapsed long ago and Hamas leaders would be sitting today in the office of PA President Mahmoud Abbas in Ramallah.

Several attempts during the past few years to end the dispute between Abbas’s ruling Fatah faction and Hamas have failed to bridge the wide gap between the two parties. For now, it appears that Palestinians will have to live, for many more years, with the reality that they have two separate states — one in the West Bank and another in the Gaza Strip.

Last year’s “reconciliation” agreement between Fatah and Hamas, which resulted in the formation of a Palestinian “national consensus” government, came at a time when the Islamist movement was facing its worst financial crisis. This crisis was the direct result of Egyptian President Abdel Fattah Sisi’s relentless war on Hamas and other terror groups in the Sinai Peninsula.

Hamas leaders were hoping that the “reconciliation” accord with Abbas would at least help them solve the issue of tens of thousands of their civil servants in the Gaza Strip who have not received salaries for more than a year. In other words, the cash-strapped Hamas was hoping that the new “national consensus” government, headed by Prime Minister Rami Hamdallah, would pay salaries to tens of thousands of Hamas employees. The money, of course, was supposed to come from the US and the EU countries that continue to fund the Palestinian Authority.

However, Abbas has since refused to pay the Hamas employees for two reasons. First, he knows that such a move would invite American and EU sanctions against his government. Second, Abbas fears that once he pays salaries to the Hamas civil servants, he would be empowering the Islamist movement and helping it further tighten its grip on the Gaza Strip.

After months of failed negotiations between Abbas and Hamas to solve the crisis of the unpaid civil servants, the Hamas authorities decided to lay their hands on 1000 dunams (247 acres) of land — part of which once housed the Jewish settlements in the Gaza Strip — and distribute them among its employees.

The controversial decision, which is being denounced by many Palestinians as “the biggest land theft,” was taken by members of the Palestinian Legislative Council during a meeting in Gaza City last week.

Another top Hamas official, Salah Bardaweel, defended the decision by arguing that the Palestinian Authority had also previously seized 7000 dunams (1729 acres) in the Gaza Strip for its own interests.

So what Hamas is actually saying is: If the Palestinian Authority was able to steal large portions of land in the Gaza Strip in the past, there is no reason why Hamas too should not have a taste of the cake.

At least they agree on one thing: Confiscating land.

The Palestinian Authority and many Palestinians have expressed shock over Hamas’s decision to compensate its employees with parcels of land. But besides strongly condemning the move by Hamas, Abbas and his lieutenants in Ramallah know that there is nothing they can do to prevent the land-grab.

The Palestinians are once again paying a heavy price for the continued power struggle between Fatah and Hamas and failed leadership — both in the West Bank and Gaza Strip. By stealing their people’s land and distributing it among their followers, Hamas and Fatah are further undermining the Palestinian dream of establishing a proper state based on the principles of democracy, accountability, transparency and the rule of law.

This article was originally written for the Gatestone Institute.