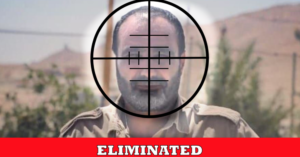 Iran’s semiofficial Fars news agency identified the commander as Farhad Dabirian and said he was killed in the south Damascus suburb of Sayeda Zeinab. The area is home to a holy shrine for Shiite Muslims.

There was no immediate claim of responsibility for the killing and Fars reported no additional details on how Dabirian was killed.

The Fars report didn’t say what Dabirian’s role was in Syria but noted he was a commander of the battle to retake the historic town of Palmyra from the Islamic State group.

Iran is an ally of Syria and has offered military advisers and sent militiamen and material support to help Syria President Bashar Assad’s government forces in the nine-year civil war.

The Britain-based Syrian Observatory for Human Rights, an opposition war monitor, also reported Friday night that Dabirian was killed without saying how. It added that the late commander was close to Hezbollah leader Hassan Nasrallah.

In recent years, Israel has repeatedly carried out airstrikes in Syria against targets belonging to Iran and its regional proxies.

On February 27, Arab news outlets reported that an Israeli drone assassinated senior Hezbollah operative Imad at-Tawil, who was in charge of creating an Iranian-backed terrorist network on the Syrian side of the Golan Heights.

According to the Observatory, Tawil was killed after his car was hit from the air. Russian media said witnesses on the ground saw intense activity by Israeli aircraft nearby.

One airstrike last month killed two members of the Palestinian terrorist group Islamic Jihad, which is backed by Iran.