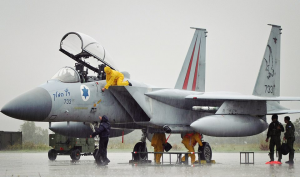 Arab media outlets said seven sites were targeted, and that considerable damage was noted in all of them. Some reports said the targets were Hezbollah weapon stockpiles, while others said the targets also included convoys traveling from Syria to Lebanon, believed to be en route to deliver long-range missiles to Hezbollah.

Reports of potential casualties in the alleged strikes were ambiguous.

Earlier Saturday the military informed the residents of the communities adjacent to the northern border that “sounds of explosions may be heard in the Upper Galilee area. Please be advised that these are scheduled, controlled detonation, and not a security incident.”

Tensions on the northern border increased last week following the death of Hezbollah terrorist Samir Kuntar, killed on Dec. 19 in an airstrike near Damascus.

Hezbollah accused Israel of assassinating the infamous terrorist, and vowed a “painful retaliation will follow.”

Channel 2 quoted Kuwaiti newspaper Al-Qabas as saying Israel had used a third-party intermediary to relay a message to Hezbollah, warning it against such action, which “may result in a wide-scale operation against the Shiite terrorist group, perhaps even if it spells a full-fledged military campaign.”