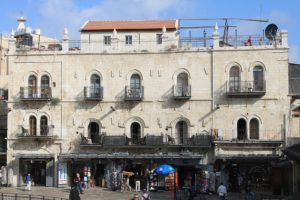 The Jewish Ateret Cohanim association recently entered the facility after purchasing it from the Greek Orthodox Patriarchate 20 years ago. Although the acquisition received all the necessary legal authorizations, Arab and ecclesiastical elements are now waging an international pressure campaign to prevent any Jewish presence at the site. 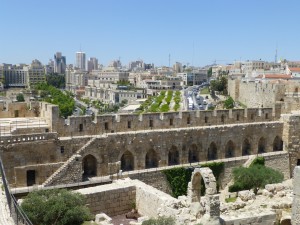 Historical research, however, shows that the hotel was owned by two Jewish families throughout the 19th and early 20th centuries.

During the British Mandate, the hotel was a magnet for both Jewish and British leaders. In 1918, the cornerstone of the Hebrew University of Jerusalem was laid there. Weddings were also held and the hotel was frequently visited by dignitaries who arrived in the city, including High Commissioner of Palestine Herbert Samuel, Israel’s first Ashkenazi Chief Rabbi Abraham Isaac Kook, and others. 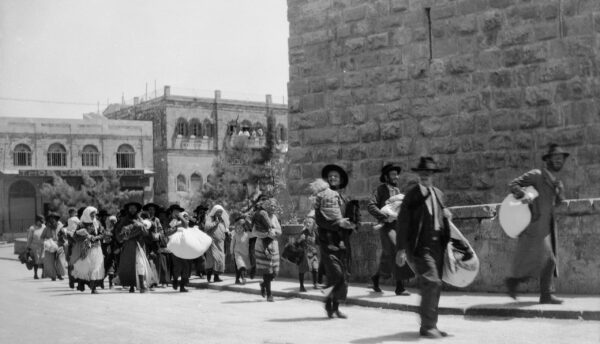 The 1929 riots ultimately led the hotel’s owner at the time, Yerachmiel Amdursky, to abandon the facility. Amdursky’s granddaughter, Zippora Ansbacher, confirmed this to be the case in a conversation with Israel Hayom.

Ansbacher, whose husband Mordechai was a witness at the trial of Nazi official Adolf Eichmann and served as the first chairman of the Yad Vashem Holocaust museum has a number of items, such as plates bearing the hotel logo and a newspaper ad for the hotel, that his family had kept from what had been known as the Amdursky Hotel.