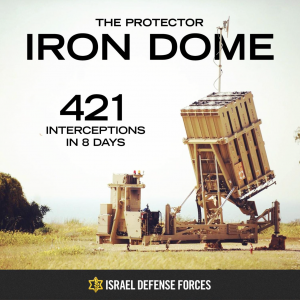 In order to meet the anticipated demand, Rafael will be opening a local company in Australia to jointly produce the SPIKE missiles with Australia’s Varley and will be purchasing metal for various system from Australia’s Bisalloy Steel Group, the company announced on Monday.

The local company – which will be based in Melbourne and managed by an Israeli and a local Australian team – will expand Rafael’s role in helping arm the Australian Army, both on land and sea, in the LAND 400 Phase 2 Combat Reconnaissance Vehicles program.

According to Rafael, several of their systems have been used by the Australian Army for years, including remote-controlled weapon stations, naval systems, aerial attack guidance systems and more.

Giora Katz, executive VP of marketing and business development at Rafael, said the Australian venture is part of the company’s global strategy to create local partnerships with companies in various countries, in order to meet the growing demand to buy locally.

“Rafael has over 100 such JVs [joint ventures], including a manufacturing facility in India, and we have recently signed agreements with Australia’s Bisalloy for the supply of metals for the manufacture of military systems and with Varley [An Australian engineering firm] for the creation of cooperation and the establishment of an infrastructure for joint production of SPIKE missiles,” Katz said.

The fifth-generation Spike LR 2 design is based on lessons learned from modern warfare as well as from accumulated data from more than 5000 SPIKE missiles fired during training and combat.

The electro-optical, precision-guided missile has two advanced warhead configurations for increased lethality, according to the company. The Tandem HEAT warhead configuration ups the armor penetration capability of the missile by more than 30% and includes the new multipurpose blast warhead, which allows controlled fusing by the gunner for control of the desired effect.

Two weeks ago, Rafael was awarded a contract with the IDF to supply more than 1,000 SPIKE LR 2 missiles.

The company also anticipates the Australian military will buy its Trophy active protection system, becoming the second army after that of the United States to purchase the system to protect its tanks and armored personnel carriers.

In October, American officials said the US military will in 2020 deploy more than 80 Abrams tanks to Europe, which will be armed with the system to counter the growing threat from Russia.

The Trophy Active Protection System, developed by Rafael and Israel Aircraft Industries’ Elta Group is only fully operational and combat-proven APS in the world. The estimated cost of the Trophy system is $350,000 per tank.

Designed to detect and neutralize incoming projectiles, the Trophy system uses radar antennas and fire-control radars to track incoming threats, such as anti-tank-guided-missiles and rocket-propelled grenades. Once a projectile is detected, the system fires a shotgun-type blast to neutralize the threat.

With both Australian and American troops operating in theaters such as Afghanistan and Iraq, their militaries have understood that ground forces and armored vehicles are sitting ducks without any active protection systems. This is largely due to the proliferation of anti-tank weaponry in the hands of both state militaries and insurgent groups.

Also on the table for Rafael is the Iron Dome system, which can be used to protect troops stationed in such forward operating bases as Afghanistan or Iraq. The system carries 24 pounds of explosives and can intercept an incoming projectile from four to 70 kilometers away. Israel Aerospace Industries Ltd. – which produces the radar system for the Iron Dome system through its ELTA division – has reported sales to various armies around the world.

Since its first deployment, it has intercepted roughly 85% of projectiles fired towards Israeli civilian centers, changing the face of battle between Israel and its enemies.