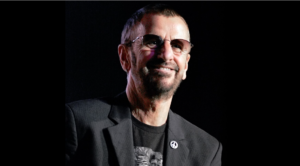 Beatles drummer Ringo Starr will perform for the first time in Israel this summer, joined by his “All Starr” band, more than fifty years after the original plan for a Beatles concert fell through.

The 77 year-old rocker, who was inducted as a solo artist into the Rock &Roll Hall of Fame in 2015, will perform two concerts at the Menorah Mivtahim Arena in Tel Aviv on June 23 and 24 as part of his “Give More Love” European tour.

Ringo, who John Lennon infamously gibed was not even the best drummer among the fab four, is following in the footsteps of the only other remaining Beatles member Paul McCartney, who performed in 2008 in Yarkon Park in front of 40,000 people.

John Lennon was assassinated in New York in 1980, and guitarist George Harrison died in 2001 of lung cancer at age 58.

While Starr’s solo career was the least successful of all the Beatles, he never faded from the starlight and his credit as a uniquely ‘feel’ drummer has only grown with his age.

The announcement comes just days after the New Zealand pop-star Lorde decided to cancel her Tel Aviv concert amid pressure from supporters of the Boycott, Divestment, and Sanctions (BDS) movement, which has dashed the hopes of Israeli fans of various artists over the last decade.

Nonetheless, artists such as Radiohead and Nick Cave, have fought back, criticizing ‘Roger Waters and Co’ for their ‘divisive’ activity and performing in Israel.