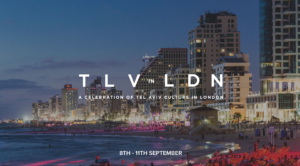 The four-day extravaganza will take place across the city as Londoners get a sense of day-to-day life in Tel Aviv, including a “beach party,” performing Israeli artists, and samples from the Israeli culinary scene.

LONDON – As the “TLV in LDN” gala kicks off in London on Friday, Strategic Affairs Minister Gilad Erdan, Ambassador to UK Mark Regev and philanthropist Marc Worth all expressed hope that the event will show the true face of Israel to the British public.

“We want to show all the good stuff that is coming out of Israel and Tel Aviv,” said Worth, a major player in London’s Jewish community and co-founder of WGSN (formerly the World Global Style Network), a trend forecasting company.

The four-day festival will take place across the city as Londoners get a sense of day-to-day life in Tel Aviv. That includes a “beach party” which will convert the Cadogan Hall concert venue into its best impression of what dancing the night away on the sands of the Israeli coastal city is like.

“We were looking for a way to connect people to people in a celebratory way. These artists are not part of the Israeli hasbara,” Erdan said of the 120 artists scheduled, using the Hebrew term for public diplomacy. “We want to highlight the joy of Israeli culture, because culture connects people.”