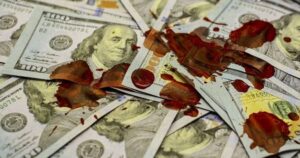 The America First Legal Foundation (AFLF) in a report submitted to Congress called on the State Department Inspector General to look into the fact that the Biden administration erased mentions of the PA’s incitement to violence, support for terrorism and the BDS movement, reported Breitbart.

“If State Department officials knowingly and willfully omitted or covered up material facts in this report, which is required by law, it could violate 18 U.S.C. 1001, the criminal statute prohibiting lying to Congress,” the group’s report stated.

As detailed by the Washington Free Beacon, a report compiled by the Trump administration in October 2020 listed evidence of PA support for terror and BDS. However, that information was removed from the reported by the Biden administration.

One of the sections removed by the Biden White House stated: “Some PA schools and media outlets continue to promote the idea that Israel does not have a right to exist and support the elimination of Israel on maps that show ‘Palestine’ covering over Israel with indication ‘Palestine’ will be ‘liberated’ in the future.”

The ALFL said that the sections were removed to make it possible “to facilitate the transfer of hundreds of millions of taxpayer dollars to the Palestinians.”

He continued, “Derogatory facts were deleted, expunged, and concealed not because circumstances on the ground had changed, but rather because officials in the Department’s Bureau of Near East Affairs and in the Biden White House decided to cover them up, at least in part to facilitate the planned transfer of hundreds of millions of U.S. taxpayer dollars to the Palestinian Authority in potential violation of U.S. law.” 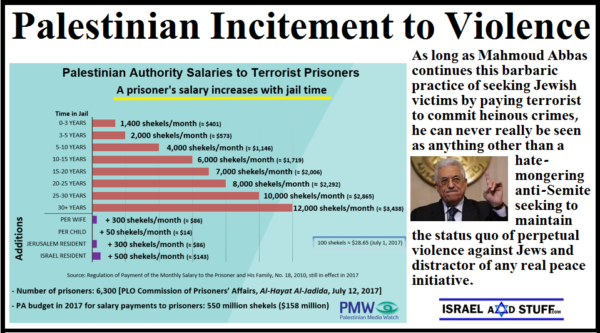 Abbas pays monthly pensions to terrorists, or their families that add up to a total of $330 million each year.

“I write to request your office immediately open an investigation of the Acting Assistant Secretary of State in the Bureau of Legislative Affairs and of the political and career officials in the Department’s Bureau of Near Eastern Affairs responsible for the Biden Administration’s decision to conceal and cover up material derogatory facts regarding the Palestine Liberation Organization and the Palestinian Authority from the Congress,” he concluded.

– Someone needs to tell Slo-Joe that the Taliban, Hezbollah, Hamas and Abbas’ PA all share the same ‘modes of operation’…. in other words, they are all very much the same!